All of this effort from congress on non-bacon stuff 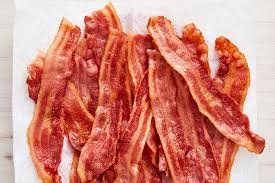 What kind of bacon have the Democrat members of congress brought home to their constituents who sent them to Washington D.C. to grab some of that bacon?

There's been really nothing that the majority party in the House can claim as any kind of accomplishment.  Not a damn thing.  And these Democrats expect that their constituents, who look in the fridge right before going to the voting booth, see not a single slice of that promised bacon, will send them back to Washington D.C. in 2020 yet again.  Democrat voters elected their guys and gals to pass legislation that will bring home jobs, projects and social justice (yes, they want that, whatever that means). You know, bacon.

The Democrats in the House are only working on one thing: impeach the president over something, anything.  And this is not exactly what Joe and Jill Sixpack voted for when they handed the gavel back to Nancy Pelosi.  There is not one crumb of bacon involved in any of this nonsense.

I am thinking that all of this impeachment foolishness will blow up in their faces.  Their hatred of Donald Trump will doom their re-election chances in November next year.

Do the voters in graves care about bacon?

Fool: unfortunately, no. Dead voters here in Illinois always vote Democrat. Every dead, deceased passed-away one of them.

As the gag goes: 'My grandmother lived in Chicago all her life. She was a staunch Republican and voted against FDR all four times. She voted Republican straight down the ticket. She took pride in never having voted for a Democrat. Then she passed away in 1992 and has been voting straight Democrat ever since."

Gorges: unfortunately, that seems to make a total of me, you and a couple of other guys.

The propaganda machine supporting the communists, freaks and misfits is powerful. Their job is to misdirect, lie, and portray bacon as a toxic substance.

LL: Elizabeth Warren sure thinks that bacon is toxic. Pochahontas will tax the beejeezus out of everyone who has more than a few bacon bits.

Who hates a pay raise, a longed for job, a rising 401k account, the idea that people who are black, female, latino, and everyone are enjoying the lowest unemployment rate in history?

Four kinds, Kid: Democrats hate all of that stuff, too - if it happens on a Republican's watch. With a Democrat at the helm, they are all for it.

See how this works?

Fredd, democrats would rather lick up their own regurgitation than do something "good" for America. They'd hate it on their watch also being my point.

Kid: yes, your point is valid - I said "if..." good things happened with the gavels in their hands, then great.

That hypothetical hasn't worked in decades: because of their socialist/communist policies, nothing good could possibly come to fruition on their watch. That 'if' will never come to pass, making your point solid as a rock.

Maybe, just maybe, we'll get the House and Senate.....

Doc: you would think that would be a slam dunk.

I fried up some delicious bacon this morning and a couple of eggs. Did some Democrat bring it to me? No, not one tiny bit of it. In fact, they'd probably ban it on account of bacon being racist to Moslems and then tax the meal to save the environment.

I love bacon, I scorn the DNC.

Padre: I suspect no Democrat has set foot inside the Compound lately, much less bearing bacon.