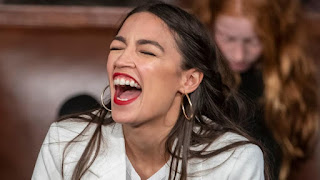 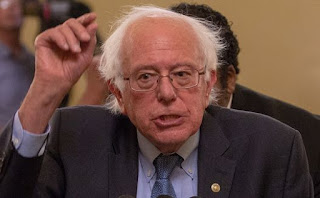 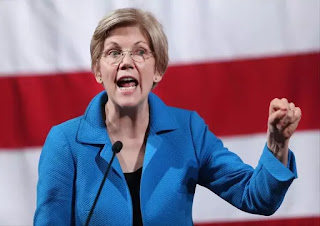 I'll go out on a limb here and predict that The Donald will win re-election, but not by a landslide.  Unless Pochahontas (Sen. Elizabeth Warren D-Ma) gets the tap, then all bets are off.  Trump will mop the floor with Heap Big White Hope.
Posted by Fredd at 6:51 AM 12 comments:

Chicago to elect a Democrat to replace Rahm Emanual as mayor

There's not a single Republican to be seen in the Chicao mayoral race as far as the eye can see.  The Windy City, The City of Big Shoulders, Chi-Town, 4th largest city in the U.S. (and falling, it is losing thousands and thousands of residents every year, those who move to escape the violence and high taxes) is yet again going to elect a Democrat as mayor.

There hasn't been a Republican mayor in Chicago since 'Big Bill' Thompson stepped down in 1931.  Since then, Democrats have ruled Chicago politics with an iron fist.

And since then, the city has run up unsustainable pension liabilities to the tune of $42 BILLION dollars, with a B.  Additionally, it has one of the highest per capita murder rates for a major city in the world.  Gangs rule the south and west sides of this city, and it simply isn't safe to walk the streets at night without risking your life.  It just isn't.  And the taxes within the city are some of the highest in the nation.

And mayor Rahm Emanual (D) is stepping down after 8 years at the helm, only to be replaced next month by one of the following candidates:

Each and every one of these candidates on the ballot believes in their heart of hearts that Chicago needs tighter gun restrictions to help bring gun violence down.  And yet statistics prove again and again that an armed population is a polite population.  Taking away guns from law abiding citizens just makes them vulnerable to armed criminals.  Duh.

Every one of the candidates is OK with the sky high taxes currently paid by their future constituents.  Perfectly OK with them, and almost all of them plan to raise taxes in some manner.

And not one of these candidates above have any clue as to how to fix the time bomb that is their unfunded pension obligation.  This topic is not even on the list of issues for the campaign.  Huh?
One would think that the residents of Chicago must like all the murders, insolvency and taxes going on in their city.  They must, since they are voting for more of the same - yet another tax and spend, gun grabbing Democrat to call the shots for yet another 4 years in their dying, shrinking, deadly city.