John Edwards is right: there are two Americas...

...but just not the two Americas that John Edwards believes exist in his crooked, slimy liberal heart.  The disgraced former VP candidate made his claim to fame with his 'Two Americas' speech during the 2008 campaign depicting one America consisting of fat cat 'haves,' and the other of deprived 'have nots' (or as Karl Marx would call them, the Bourgeoisie and the Proletariat, basically the same concept).

Nope.  Indeed, there are two Americas, but the distinction is not of haves and have nots, but of producers and non-producers.  Of go getters, and of slackers. Of people in the wagon, and of those pulling the wagon.  However you want to characterize this divide, these two Americas are coming to blows, and there will be some fallout in the coming years as to who defines what the ultimate one prevailing America shall be.

Witness the Wisconsin state battle of these two Americas: on the one side, you have the tax paying public getting gouged, hammered and skewered by enormous property, sales, and other taxes to support an unsustainable population of Americans on the dole from the state and the federal government that produce nothing, but suck the living breath out of the local economy, and demand ever more every year.  And the courageous Wisconsin Governor, Scott Walker (R) fulfilling his promise to reign in the abuses of that parasitic other America that simply wants to lay sideways in the public trough and provide nothing for the common good.

These are the two Americas that are at loggerheads: one of them will win, the other will lose.  In Wisconsin, Ohio, Florida and Indiana to date, the moocher Americans have been dealt a series of blows, and their slovenly way of life is at risk.  In response, since these slovenly slobs know no other way of life other than to suck the food of of others' tables, their panicked reaction is expected: the end of the world is near, and life as they know it will come crashing down upon their slacker heads.

The Two Americas theme that John Edwards rode to national prominence is a reality.  And we are seeing the beginnings of the battle between these two Americas.  The America I live in is one where each individual has personal responsibility to maintain a lifestyle that not only benefits them and their family, but also benefits society as a whole.  The America that my enemy dwells in is one that lives off of the table of their fellow American, and not only are they ungracious at the largess extended them, but actually seem to angrily demand more from that table, arguing that taking the food off of their neighbors' table is a right.

Let this fight rage on in earnest.  I think I know how this will play out in the long run, and once the responsible America defeats the slovenly America, the two Americas will finally return to the one America: the one that promises life, liberty and the pursuit of happiness to any who want to put forth an effort to achieve the American dream.

John Edwards was right.  Just not in characterizing the sides that are vying for prominence in the 21st century.
Posted by Fredd at 8:14 PM 9 comments:

Old people should die in their kid's spare bedroom

...and not in their luxury condos in Boca Raton, Florida.

In the good old days, before American taxpayers went broke supporting old people in luxury for the last 25 or 30 years of their lives, Americans used to live together as extended families, where grandma and grandpa lived upstairs, in the spare bedroom of their daughter in law or son in law's house.

Accordingly, grandma and grandpa would come down every evening to the supper table, grandpa would say Grace, and their sons, daughters, grandsons and granddaughters would enjoy a meal together with their family.

And back in those good old days, grandma and grampa understood that they were eating the food put on the table by the daughter or daughter in law, as provided for by the son or son in law, and they would not gripe and whine about their progeny's life decisions, or how bad the food was: they held their tongues, lest discord fester within the household.

Now that the government has mandated that we all cough up our hard earned tax dollars in order that we provide all senior citizens over the age of 62 a luxury retirement, free from want or need.  Their condos in Florida are paid for courtesy of their Social Security monthly stipends, their medicine and health care needs taken care of by Medicare and Medicaid, in addition to virtually free medicine via government provided pharmaceutical and prescription plans.  These outlays used to be borne by the oldster's progeny, but not anymore.  The government is now the supporter of our oldest citizens, not the sons and daughters.

As such, these oldsters live the remainder of their golden years in luxury, removed from the extended family where they are free to bad mouth their progeny at length for every grievance, real or imagined, and not have to endure the scorn heaped upon them should they have remained within the extended family under one roof and continued to bad mouth the daughter in law.

And now they are living out their golden years at all of our expense: and our economy is collapsing because of them.  Old people now die within the confines of their luxury suites in Miami, and the U.S. taxpayer pays all the bills.

And old people are perfectly OK with this arrangement.  They are a shame to our country.  When the country is better off when you die (as SSN payments stop, Medicare and Medicaid end, in addition to all of the other goodies oldsters get), you should perhaps reflect on your parasitic ways. 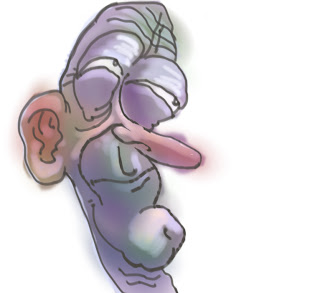