This is how liberals deal with adversity

When they lose, they stamp their feet, hold their breath, and kick and scream bloody murder.  They howl with rage, they threaten the victors with death.  This is what they do.  This is what spoiled brat children do when they don't get what they want.

And these are the people who think they and they alone know how best to govern our country, to allocate our nation's precious resources to the benefit of the country on the aggregate?

I wouldn't trust this woman or her ilk to flip burgers at McDonald's. That would take responsibility, a work ethic, and a certain level of sanity.  Imagine the assistant manager at Micky D's telling this stupid woman that she had to close, when she wanted to go hang out with her loser friends.  She would erupt like a liberal volcano. These yelling maniacs will accept no less than 'money for nothing and chicks for free' (apologies to Mark Knopfler of Dire Straits).

The conservative ethos of this country is now the 'chi' of the country's feng shui in all three branches of government at the national level for the next two years at a minimum, and very probably the next four years. Stamp your feet, yell and cry all you want, Donald Trump is the president for at least the next four years, and in all likelihood the next 8 years.

Get over it, you pathetic whiny losers.  You had your way for the last 8 years (or the last 24 years, depending on your point of view), just savor the memories of those years, because they will be fading from the public scene to just a distant memory in a New York minute.

There's a new sheriff in town.  Shut up and get out of the way.

Democrats concerned over the integrity of the system….really?

Christine Pelosi, daughter of current minority leader Nancy Pelosi (D-Ca), was on this morning on a nationally televised broadcast declaring that she was deeply concerned about the integrity of the election process after other Democrats claimed that Vladimir Putin and the Russians interfered in the proper election of their deeply flawed candidate, Hillary Rodham Clinton.

Ms. Pelosi did not seem concerned that her party’s candidate was seen by most Americans as profoundly unlikeable, dishonest, was catastrophically careless with highly classified material, and was a controversial and scandal plagued partisan dating back 30 years to her earliest days in politics in Little Rock, AR during her equally scandal plagued hubby’s tenure as governor of Arkansas.  No, none of Hillary Clinton’s political and likely criminal baggage had anything to do with her loss, those 30 years of scandal and failure were totally irrelevant.  No, Ms. Pelosi insists that the one and only reason her candidate lost was because Russia had its fingers in the election, with its thumb solidly on the side of Donald Trump.

“It’s the integrity of the system,” Ms. Pelosi maintains.  “How can the American public have any faith in our government if foreigners can manipulate our election results?”  Where was Christine Pelosi’s concern for the process during the 2012 presidential elections when large precincts in Maryland and the District of Columbia verified vote counts that had Barack Obama receiving 100% of all votes cast, while Mitt Romney received 0%?  Not one lousy vote for Mitt, Christine?  That would be in any precinct in the U.S. statistically impossible.  But those kinds of results were perfectly fine with Christine Pelosi.  No problem, none whatsoever.  The system worked perfectly fine in 2012, as far as Christine Pelosi was concerned.

Of course she was fine with the system; her guy won.
The reality of the issue here is that a great many Democrats, including Christine Pelosi, are distressed that they didn’t win.  There is no concern on their part of the integrity of the system when they win.  They are only concerned about all of this integrity stuff when they lose.
And regarding all of this ‘hacked’ info obtained by the Russians and turned over to Wikileaks scoundrel, Julian Assange.  Mr. Assange emphatically denies that the Russians were involved in the information they received from John Podesta’s email account.  Sources from Wikileaks maintain that rather than the Russians, this info was obtained through internal disgruntled Democrats.  Furthermore, the information that was released which detailed constant and systematic skullduggery on the part of high ranking Democrat apparatchiks was never denied: slimy tactics such as Donna Brazile providing Hillary the upcoming questions in advance to her high stakes debates with Trump.  Or the slimy tricks used by then-DNC Chairperson Debbie Wasserman Schultz (D-Fl) to undermine Bernie Sanders in his contest with Hillary Clinton during the primaries.

No, none of these revelations were denied.

The Democrats are only howling and screeching that this information was released showing what scumbags run the Democrat machine.  This is the beef Christine Pelosi has, and not ‘the integrity of the system.’

They were ratted out.

She’s just a sore loser.  My advice to Christine Pelosi: buck up, get over it.  You lost on the merits of your philosophy, and not because somebody robbed you guys.  Time for your party to figure out how to better represent your party to the benefit of voters.  Yes, that’s a tall order, but it’s either that or figure out in the future a way to cheat without getting caught.

I suspect Christine Pelosi and her ilk will opt for the latter.  It’s all they got.
Posted by Fredd at 8:45 AM 20 comments:

I'm getting kind of tired putting up with Geraldo Rivera 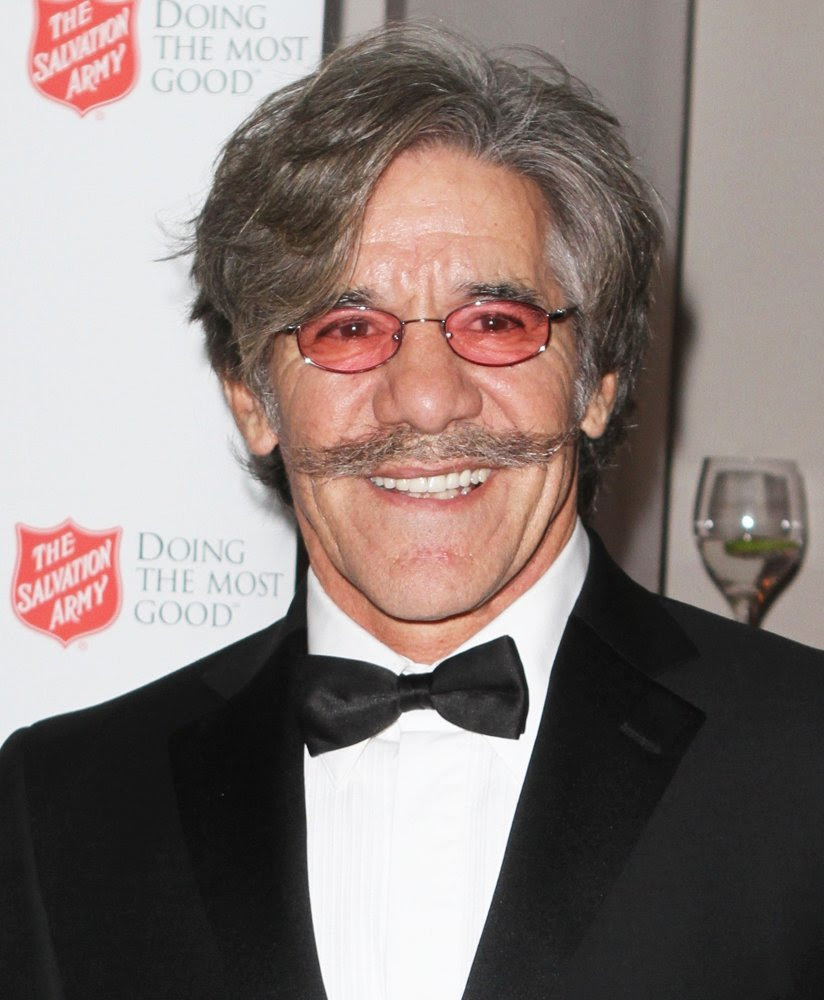 I admit it.  I watch Fox News quite a bit, and the Fox Business Network even more.

And quite honestly, I just sincerely wish they would keep Geraldo Rivera's exposure on their networks to a minimum.  Fox is known for its center-right leanings, and Geraldo Rivera (or Jerry Rivers, as Rush Limbaugh calls him) is pretty dang left of center.

But every time I turn on the telly, there Geraldo is, spewing his liberal crap that is painful to listen to.  Lately he has been on a tear advocating that the children of illegal aliens ('Dreamers') should be left right where they are, to remain on U.S. soil to do as they wish, and live their lives unfettered by the fact that by law they should not be here at all.  Donald Trump has said he will revoke Obama's executive order that allows these illegals to stay in the country.

"Where's the compassion, deporting someone who was born here, and are in the U.S. through no fault of their own, since their parents were the ones who broke US law?", Geraldo moans.  'Where is our compassion?'

Geraldo, I hate to inform you of this, but unlike what George W. Bush once famously and incorrectly said, 'compassion doesn't stop at the Rio Grande,' accordingly to our Constitution and national legal system, compassion does indeed stop at the Rio Grande.  We have compassion for American citizens, but not for the whole dang miserable rest of the world.  Let them set up a constitutional republic in their own festering hell holes, just like we did a few hundred years ago.  Rather than invading us like a horde of Visigoths.

Imagine what Geraldo would say about the families of Mafia bosses, who eat on polished mahogany tables, set with the finest bone China and Sterling silverware, as these innocent Mafia family members, who never bumped off anyone, or never threw any bodies into the East River, feast on table carved Chateaubriand.  All of those delicacies are ill-gotten goods, or fruit from the poisoned tree (Geraldo should know this concept, he is a  lawyer).  Would Geraldo be OK with these progency of criminals living high on the hog, at the expense of law abiding citizens who were victimized by the Mob?

This 'fruit from the poisoned tree' is exactly what these 'dreamers' are enjoying.  Their parents broke the law, and now their children are enjoying the benefits of legal U.S. citizens.  Imagine if Willy Sutton, famous bank robber, robbed a bunch of banks and then went out and bought his kids Porsche Boxsters.  Would Geraldo make an impassioned plea that these innocent kids of Willy Sutton should be able to keep driving around in these posh Porsche Boxsters, because they had nothing to do with the initial theft?

He probably would.  Liberals such as Geraldo Rivera are all about compassion, as long as this compassion is paid for with other people's money.  I ponder just how ferociously Geraldo would defend these illegals if he and his like minded ilk would be solely required to pony up for their expenses, and leave tax payers off the hook to fund the illegal aliens' lifestyle here in the Land of the Free and the Home of the Brave.

I suspect his views would change dramatically.
Posted by Fredd at 9:53 AM 23 comments: