Solving America's mental health problems, for the solution read on.... 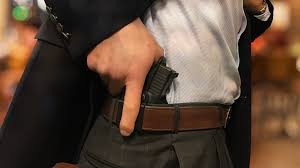 Starting in the 1960's, the U.S. slowly abandoned the concept of locking crazy people away in mental health institutions such as were run by Nurse Ratched in 'One Flew Over the Cuckoo's Nest.'  By the 1990's, they were all shuttered and the inmates were turned loose to fend for themselves.

We as a nation chose this path and were of the opinion that it was better to have sociopaths, drug addicts, and the myriad of undesirables living among us rather than risk a few innocents getting caught up in the mental health system.  The abuses of courts and medical practitioners in committing otherwise sane and law abiding people to confinement in mental health institutes has run its course, and we will not return to those former Soviet/East German-style practices anytime soon. And we still are of this opinion as I speak.

And now we are seeing crazy/evil people shooting up schools, malls and work places.  We step over mumbling basket cases living on the mean streets of urban liberal cities.  "Don't make eye contact" is the best protection against these human debris, or so they say.  Ignore them.  That solution is not really working all that well anymore.

We are not considering bringing back the nut houses and insane asylums of the past.  But the former inmates of these institutions are now starting to cause great harm to many in polite society.  How does the law abiding citizen protect themselves from these miscreants among us?

1.  Enact a national concealed weapon carry law that allows free people to protect themselves from those that would harm them.  Yes, the miscreants would also wind up with concealed weapons themselves, but should they choose to wield their weapons against others, they would meet deadly return fire almost assuredly.  Soon, the many miscreant evil-doers would find that their aggression against others will assuredly result in their own injury or demise and accordingly they will cease using force to enhance their positions at the expense of others.  It's difficult to say with any precision how many good people comprise society versus the proportion of criminal elements but in the Land of the Free and the Home of the Brave, I would have to say that 90% good vs evil is roughly the number.

In short order, violent crimes committed by undesirables against law abiding citizens would fade to levels acceptable to our society.  Reducing that number to zero is simply not taking into account reality and human nature and we will as the sun rises in the east and sets in the west always have crime.  But we could live with the resulting lower numbers of  violent crimes such as murders, kidnappings, rapes, robberies, etc., as they most assuredly would plummet to levels not seen before.  The most aggressive scum bags would wind up in the morgue, while the marginal nut jobs would have a basic understanding that should they choose to harm others, their days would be numbered.

Will this proposal turn the country into 'the Wild Wild West?'  Where there are gun fights on every corner at all times of the day and night and that scenes from the 'O.K. Corral' will play out as a result of a minor disagreement or perceived insult?  No.  The Wild Wild West was never like that, either.  Polite folks were armed to the teeth back in those days, and the evil elements knew that drawing their guns on others almost always ended up in a hail of gun fire coming their way.

An armed society is a polite society.  Or, as NRA President Wayne LaPierre correctly puts it, 'the only way to stop a bad guy with a gun is with a good guy with a gun.'  No truer words were ever spoken.

2.  Enact national vagrancy laws.   It's no longer considered against the law to be a bum.  Or, as we used to call them, a vagrant, a hobo, a vagabond.  Someone with no visible means of support.  They are now called 'the homeless.'  Nuts to that.  We need to call them what they are, and that would be vagrants.  Vagrants with no visible means of support always resort to crime to prop up their chosen disreputable lifestyles.  And these criminals prey on the rest of us polite folk.  Bring back the days when these undesirables were rounded up and thrown in jail.  Regardless of whether they are nuts or not, they need to be incarcerated.  Many of these bums will in time understand that they need to get a job to avoid the slammer.  The crazy will languish in jail.  So be it. 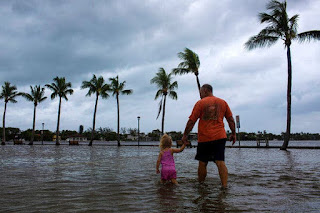