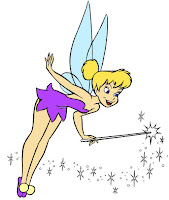 The Obama administration just threw $535,000,000.00 of our taxpayer money at a non-proven energy company, Solyndra, and watched this investment in the future go up in smoke.
He wants Americans to use something else besides fossil fuels and nuclear energy, even though nothing else we know of can replace them.  And why?  Because this is the agenda of the crazy, far left tree hugger hippies and they happen to be a Democrat constituency group whose votes he covets.
We all know that Obama does not like nuclear energy, coal energy, natural gas energy, and in particular he absolutely LOATHES petroleum, that evil energy source that evil conservatives call the life blood of capitalism.  More accurately, I should say his constituency group of tree hugging hippies loathes all of those energy sources.  All of these evil, antiquated energy sources give Obama the heebie jeebies: if he promotes them, then 'POOF!'  There goes the support of the tree huggers.  Accordingly, he's convinced that all of these are dangerous and harmful to the planet.  None of this stuff is any good, Obama obediently states.
What does he like?  Well, with Solyndra for example, he thinks that solar energy is the way to go, and that we as a nation should subsidize this form of renewable energy to the hilt.  And he did.  And we can all see what happened.  It kinda fizzled.  Because in reality, rather than in the nebulous child-like world of Utopian dreamers where this foolish dream energy can power the airline industry, this technology is in Realville, USA nowhere near becoming a reality.
He also likes wind power.  Ditto his administration's subsidization of all things wind driven, and the results are similar to that of solar energy: jack squat.  The technology just isn't there yet.  But that doesn't stop this administration from funneling a gazillion or two of tax payer dollars into its further development.  We'll all be standing by to reap the rewards of this investment.  That is, if the wind continues to blow all the time.  Which it doesn't.
I have noticed that we have as a nation been ignoring a major source of energy that is not particularly new, but nevertheless efficient and exciting: Pixie Dust!  It has many names, such as Fairy Dust, Magic Dust and others, but the technology is the same: sprinkle it on something, and it flies, or turns into something spectacular.  Simple technology, really, but it has been overlooked for decades in favor of fossil fuels, which tend to pollute.  No polution has been detected with the use of Fairy Dust in any application we've seen so far.
Witness Dionne Sanders hawk DirectTV services while sporting fairy wings and throwing gobs of the sparkly stuff at a TV screen using cable programming, and VOILA: Green Bay Packer games shown in Miami, Florida! Shazzam! Magic!!  Need I say more to convince even the most rigid sceptic that this is the energy source of the future?
I think not.
We need to harness this exciting form of energy.  And we as a nation need to man up and acquire the national gumption to fund wide scale development of Pixie Dust.  Imagine the benefits all Americans could enjoy with a never ending supply of Pixie Dust.  We have seen Peter Pan, Wendy, Tinker Bell and all of their friends fly around and do magical things under power of Pixie Dust.  We have seen Mary Poppins, Charlie and the Chocolate Factory and Herbie the Volkswagen do amazing things under the power of Pixie Dust.
With some well funded national resolve, we can now channel our national resources to obtain a never ending supply of Pixie Dust, if only we could fully fund its discovery and exploration.  And that does not come cheaply, fellow Americans.  We must muster some resolve, verve and moxie to dig deep into our pockets to harness this newest form of non-fossil fuel that is so promising.
Wind power cannot lift a Boeing 747 (Air Force One) off the ground even 1 inch.  Neither can solar power, wave power, switch grass or any other tree hugger hippie juice.  But Pixie Dust can!

What are we waiting for?  Let's go for it, and soon we will bear the fruits of this endeavor together, and we can drive Pixie Dust cars, power Pixie Dust aircraft carriers and bring to bear against our enemies Pixie Dust  fueled tanks and fighter jets.

All that is standing in the way of this Utopian dream is a few trillion dollars or so.  Let's get on with it!
Posted by Fredd at 6:02 AM 3 comments:

We all know old people are parasites, but what about teachers?

I have been blasting our elderly population as of late for being the primary reason our society is going to hell in a hand basket.  You know, sucking up Social Security payments, Medicare, Medicade, prescription drugs and in Chicago until lately, free bus rides: all simply because of how long they have been around, and no other productive reason.  A recent statistic came to light to prove this point: several decades ago, the percentage of our older population living under the poverty line ( in 1949, I believe, or close to then) was 39%.  As of 2009, that percentage has dropped to 8%.  This statistic clearly indicates that we are simply transferring the wealth of our nation to oldsters for no other reason than their age.
This is unsustainable.  I have been saying that old poeple are killing us with this transfer, and that nearly 6 out of everey 10 dollars coming out of the U.S. Treasury in the form of entitlement payments are for old people (Social Security, Medicare and Medicaid are the biggies). They are public enemy #1.

But who's #2?  Public school teachers, of course.  Yes, those folks who have custody of our children for six to eight hours daily, Monday through Friday.  And they are not doing the job that their predecessors did, either: check out the questions that were on an 8th grade math test in 1895:

1. Name and define the Fundamental Rules of Arithmetic.

Our 8th graders today can barely read, much less answer a single question above, thanks to our current crop of parasitic public school teachers.  These public teachers, all members of teachers unions, incidentally, work for 30 years, and retire in their early 50's at 75% or so of their salaries for the rest of their lives.  And they receive other benefits during this idle time as well.  And who pays for these parasites to retire in luxury in their Boca Raton condos?

Us private sector schmucks, who work our entire lives until we drop dead (or retire on our hard earned portfolios), and we are paying these blood sucking teachers to lay around in their hammocks on the beach, sipping their Mai Tais for up to 30 years or more on OUR DIME!

When I went to my elementary public school in the early 1960's, the entire school of 200 kids, K through 6th grade, was taught, managed and maintained by a staff of around 16 people:
Now a similar school in 2011 will have the following:
I think you get the point: these public union teachers have feather bedded each and every single school in each and every single school district in the entire country with superfluous and unnecessary employees to the point that they are sucking the very life blood out of their communities, and then they ALL retire in their 50's, requiring another 20-something year old new teacher or administrator to replace them since they are no longer working (but getting paid by the district).  And in the event that the 52 year old retired slacker public teacher or administrator lives until 82, that 22-year old replacement will then be 52 and THEY WILL RETIRE AS WELL!  Subsequently, for that single teacher  or admin slot, the community will be paying THREE people to teach or 'administer': the 82 year old slug, the newly retired 52 year old mooch, and the new 22-year old to replace TWO people already sucking from the public payroll for one teaching and/or administrative slot.

It's an unsustainable racket, I say.  Simply unsustainable.  But old people are still #1 (in terms of public enemies, that is...).

Sorry, old folks and public union teachers.  I call 'em as I see em.  And don't forget this: these public teachers get the summer off, with pay.
Posted by Fredd at 7:24 AM 9 comments: