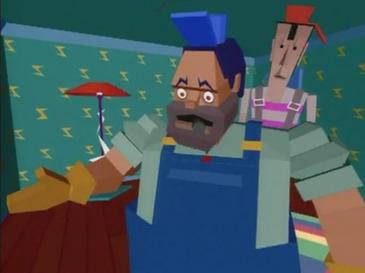 The ruling yesterday by federal judge Steven Rhodes to allow the Chapter 9 bankruptcy proceedings of the City of Detroit is a God send for our country.  A virtual God send.

What Judge Rhodes' decision yesterday basically said was that out of control public union pensions are not allowed to be municipal suicide pacts.  He said that the Detroit public pensions were simply another creditor in line for a diminished piece of the remaining fiscal pie of a failed economic entity, the City of Detroit.  Their claims that their pensions are sacrosanct, and accordingly off the table have been scrapped.

'Oh, Fredd, you evil rotten sumbitch,' you say.  'How heartless can you be, watching these poor retches thrown out into the cold streets of Detroit, unable to put food on their tables, unable to feed their dogs, unable to pay their mortgages now that their meager pensions have been placed in jeopardy.  What an evil piece of garbage you are, Fredd.'

Say what you want about me, but the facts are the facts.  The fact is that liberalism has finally been thwarted, at least initially in the Eastern District of the State of Michigan.  Appeals will be filed by armies of liberal lawyers armed to the teeth with briefcases full of objections, requests for stays, injunctions, and all manner of lawyerly gobbledegook.

Liberalism is the reason why Detroit is in the dire straights it finds itself right now.  That fact is not even arguable.  Large greedy, unaccountable public and private unions (namely the UAW, Teamsters, IBEW, AFL-CIO, AFSCME, SIEU, NEA, and the list can go on infinitum) have coerced unenforceable life time contracts with Detroit that now finds itself in so deep, it can no longer afford to keep the street lights burning, police cars patrolling, garbage trucks collecting, fire fighters fighting fires, paramedics paramedicking (ok, so I made up a word or two, sue me).

The point is that these gargantuan rotten unions are in for a shock: the goose that laid golden eggs for them to suck on in perpetuity has died.  Much like a host that succumbs to a malignant parasite, Detroit has raised the white flag: no more free money and golden pensions for unions.  There is no more money.  You can't get blood from a turnip.  Or a stone.  Or a bankrupt entity.  The checks have stopped coming.

The pensioners are going to take a hair cut of perhaps 50%, or so goes the speculation. They signed a deal with the devil and some knew it, some didn't, but it was a deal with the devil regardless.  A promise for a life ever after in the land of high cotton, simply by showing up for a union job for maybe 20 years.

And the end to laying sideways in the land of high cotton for these betrayed union rank and file employess and now pensioners simply must happen.  There just isn't the money to pay these pensions that were forced onto the city by parasitic union bosses.  But just exactly why Detroit entered into these bargains in the first place must be discussed.  A contract is a binding document, right?  Sacrosanct, right?  Wrong - if in upholding the contract is physically impossible.

Henry Ford put Detroit on the map.  He jacked up the salaries of his workers up to $5.00/day, so that they too could afford to buy Henry Ford's product - the good ol' Ford Model T, produced enmasse from 1908 through 1927.  Henry Ford was a man of principle, and of character.  When he gave his workers the unheard of salaries they enjoyed, he also required them to live lives of structure, honor and integrity.  He himself was a man of virtue, self denial and character, and he thought that his community should share his values.  He would mandate that drunkenness be sanctioned, certainly on the job but also in the home.  Drunken employees would be given warnings, and if their excesses continued, they would be terminated.

This worked for quite awhile, until the socialists, Marxists and their union movement finally gained a stronghold into Henry Ford's company.  Detroit was a thriving, vibrant city until the unions moved in, and started extracting their devil's due: money for nothing.  Once they got their foot in the door, they demanded an end to Henry Ford's prissy ways, and if the union members wanted to wallow in drunkenness, nobody, and especially not Henry Ford, was to judge.

This exemption from frugality, thrift, honor, sobriety and general integrity continued to erode society in Detroit, from Detroit's zenith as a major thriving metropolitan center for business in the 1950's to today, December 5th, 2013: a city in liberal ruin.  A virtual smoking crater of a city, where once a great society dwelled.  Destroyed by the liberal atomic bomb of socialism.

Much like the lyrics to Dire Straights' huge hit in 1985, 'Money for nothing,'  the front man of the band Mark Knopfler and the Police's lead man, Sting, wrote this song after Knopfler overhead a conversation outside a store front window of an appliance store between two working stiffs.  As both stiffs watched a music video of a rock star, one stiff complained that getting up on stage, playing a guitar was 'money for nothing.'  He suggested 'that ain't workin,' he's bangin' on the bongos like a chimpanzee.' ' Money for nothin' and your chicks for free.'

Of course, that's not how gaining popularity as a rock star works, not even close.  A lot of these rockers put in their time, pay their dues, play gigs at the Moose Lodge, weddings and dive bars, often for little or nothing year in and year out, before they start moving up the food chain.  Just like every other job.  You put in your time, pay your dues, and basically show up for work, and eventually good things happen.  The way America should be.  And used to be.

But not in Detroit, not after the communist unions took over the city. The sole purpose of any union, name your favorite one, is to reduce economic efficiency.  Less work for more pay.  By definition, unions suck efficiency out of their hosts, and provide absolutely nothing in return.  By law.  Look at each and every collective bargaining session: the unions want more restrictions in work rules, less hours, more benefits, more guarantees of lifetime pensions, and in exchange they will not strike.  What kind of a deal is that?  For a city like Detroit to cave on an endless series of collective bargaining sessions over the decades has finally gotten the chickens to come home to roost: ain't no more money in the cash register, Richard Trumpka (boss of the AFL-CIO).

Thank God.  Finally, somebody has noticed that union greed has killed their host organization.  More cities are going to reach this point, but Americans are not going to hold up these deals with the devil: those days have now come.....and gone.