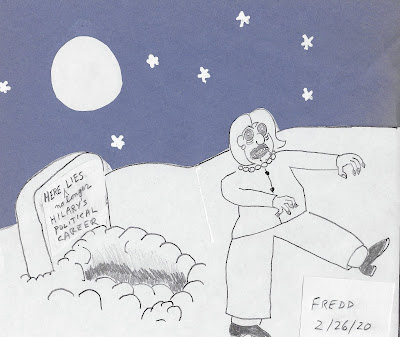 If you believe NBC, Trump has no path to re-election 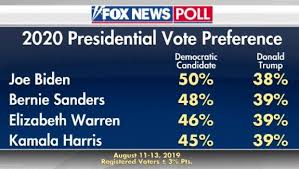 As of the head to head polling by NBC/Wall Street Journal on February 2, 2020, the president loses to each of the leading Democrat contenders: Trump loses to Joe Biden by 6 points, gets thumped by commie Bernie Sanders by 4 points, Pochahontas Warren mops the floor with Trump by 3 points, and the Butt Guy, Pete Buttiegieg squeaks past The Donald by 1 point.  Look at the Fox News voter preference poll back in August (see graphic), trump got his ass handed to him by every damn commie running, to include the failed Kamala Harris.

Additionally, the coverage of rallies by any of the Democrat contenders in both Iowa and New Hampshire are absolutely puny and pathetic as compared to The Donald when he showed up; he packed in his venues with tens of thousands unable to get in, while nobody seems interested in any of the current crop of Democrats, their rallies barely fill a high school gym (and that's if they pay enough lefties to attend).

But NBC and the Wall Street Journal give the Donald no chance of re-election.  How can this be?  I recall the same thing happening in 2016; the enthusiasm that Trump generated on the campaign trail dwarfed that of Hillary Clinton, and yet according to all the polls, he had no shot.  No path to the Oval Office, stick a fork in him, he's done.  He's toast.  Fuhgeddaboudit.

One would think that these polling organizations would want to come close to getting it right this time around, and yet none of them are looking at the same thing I see: the enthusiasm for Donald Trump is triple or more of that than any of the socialists/commies that oppose him.

I have missed calling several elections in the past, simply because I didn't want to think about my side losing (again).  But I think this time around, I can confidently claim a Trump landslide, and the GOP snatching that gavel from Nancy Pelosi's shriveled gnarled fingers.

Yes, a Trump landslide, and his coat tails will be huge.  All the polls say otherwise.  We'll see in about a little less than 9 months from now, won't we? 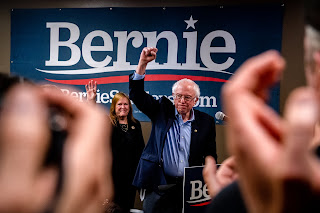 As if any of these clods will avoid a landslide loss in November.
Posted by Fredd at 6:49 AM 15 comments: