Suze Orman: if you take her advice, you're an idiot There are so many financial gurus out there these days, you can't swing a dead cat without hitting one of them.  Suze Orman has been making the rounds of late on the various liberal talk shows telling everyone who will listen to never own a house, just rent one.

And of course, this is a complete one hundred and eighty degree about face from what she was telling those dopes who listened to her in the past: she touted home ownership, and said that renting a home was throwing away your money: buy the biggest house that you can qualify for, she said.

Which Suze are you to believe?  The Suze Orman of two or three years ago?  Or the Suze Orman of today who is telling you the exact opposite advice she spewed earlier?  The truth is that Suze is just another popular financial 'expert' who will gladly tell you how to manage your money, as long as she makes a buck or two doing it.  Never mind that you may have taken her advice a few years ago, and invested heavily into real estate and now have lost the shirt off of your back.

Oops (which she never said).  Oh well.  Now believe her when she tells you the best way to achieving financial independence is to (fill in the blank, it's all garbage anyway).  At one point in her career, I recall her telling people that it makes sense to run up a big credit card balance, and that way you can improve your FICO score.  With advice like that, anyone who listens to this cretin Suze Orman now are themselves dumber than a bag of hammers.

Suze Orman, of course, is a classically trained financial genius, with a bachelors degree from the U. of Illinois in..... wait for it.....SOCIAL WORK!.  She's studied vigorously as to how to help people fill out food stamp applications, where to go to find welfare sign up sheets, etc., but has never once sat in a  college lecture about economics,  money or finance.  Yeah, listen to Suze talk about money.  To your peril...

My advice?  Save your money for a rainy day, don't live beyond your means and manage your financial affairs yourself.  Why pay these parasitic financial advisers a nickel when they have no better clue as to what the future holds than you do.

Especially Suze Orman.  She's got to be the dumbest financial 'expert' that ever came down the pike.
Posted by Fredd at 10:31 AM 26 comments:

Mideast peace: a fairy tale that will never come true

Or how about that dreamy insipid wish of every imbecilic beauty queen, when asked what would she wish for to come to pass, dim wittingly claiming to want 'world peace?'  Obama's proposal of a solution to the ills that have been festering between the Palestinians and the Israeli's ever since their inception in 1948 is just too ludicrous to ponder.
Prime Minister Netanyahu is right in dismissing this stupid proposal without further consideration.  The Palestinians want only one thing: for Israel to go away.  To vacate their country.  Every last one of them.  Nothing less will do.  Every Palestinian leader has openly said so, from Arafat to those dogs that lead Hamas and Hezbollah today.  To suggest as Obama did in his pathetic speech that borders be imposed between these two enemies will solve anything is ridiculous.
There can be no peace when the only acceptable solution to the Palestinians is the demise of Israel.  There can only be peace between these irreconcilable positions if one side completely and utterly defeats and destroys the other.  Then and only then can there be peace.
And Obama is just too stupid, arrogant, foolish and removed from reality to accept this as the ultimate truth, when he proposes child-like fairy tales as serious solutions to a situation that requires armed conflict to resolve.
Posted by Fredd at 6:41 AM 13 comments:

Pakistan: the root of all evil in the world today

Does any sane person in the Western World today still believe that Pakistan is an ally of the United States?  Does anyone truly, from within their heart of hearts, believe that Pakistan is a force for good in the world? These rhetorical questions have an answer that is clearly obvious to any reasonable person: a rock solid 'NO' to both, and the proof is absolutely crystal clear to anyone who has eyes.
Pakistan was harboring Osama bin Laden for six years, despite lying to the entire civilized world in categorically denying he was anywhere within their borders.  The U.S. had to surreptitiously cross into this festering pus hole of a country and kill the slimy vermin without the help of Pakistan.  Had we requested their help in this mission, there is nobody who believes that bin Laden would not have been given a heads up by these lying sacks of garbage (also known as Pakistanis) and split the scene.

And the Pakistani government is peeved that we unilaterally killed bin Laden ourselves?  And violated their sovereignty?  If you recall the Bush Doctrine (which is still in effect, to the best of my knowledge), we are within our national interests go after terrorists wherever they are, and consider them an enemy of the U.S. and to make no distinction between a terrorist and 'THOSE WHO HARBOR THEM.'  Pakistani sovereignty is meaningless now.  At least to the U.S.
They are an enemy state, a state that harbors, trains, supports and defends our enemies.  Accordingly, they are a defacto enemy of the United States, when trained terrorists emerge from their soil and stage attacks on innocents here and abroad, then retreat back to the welcoming and nurturing Pakistani arms.  They truly deserve a counter offensive strike.
And now they openly fire on their supposed allies.

And continue to harbor Mullah Omar, the Taliban leader.  India (one of our true allies) has known the truth about Pakistan for decades and decades.  It is time we woke up to that same reality.  It's time we replaced Iraq with Pakistan as the third leg of the Axis of Evil: Iran, South Korea and PAKISTAN.
Posted by Fredd at 8:29 AM 14 comments:

Now that all of the hooplah of that damn royal wedding is thankfully receding into history, I would like to point out that this whole monarachy thing, which we Yanks tossed into the trashbin of history in 1776, still clings to the British population like a nasty fart hangs around a beer guzzling sot, but sucks a great deal of time and energy out of the average Limey's day. 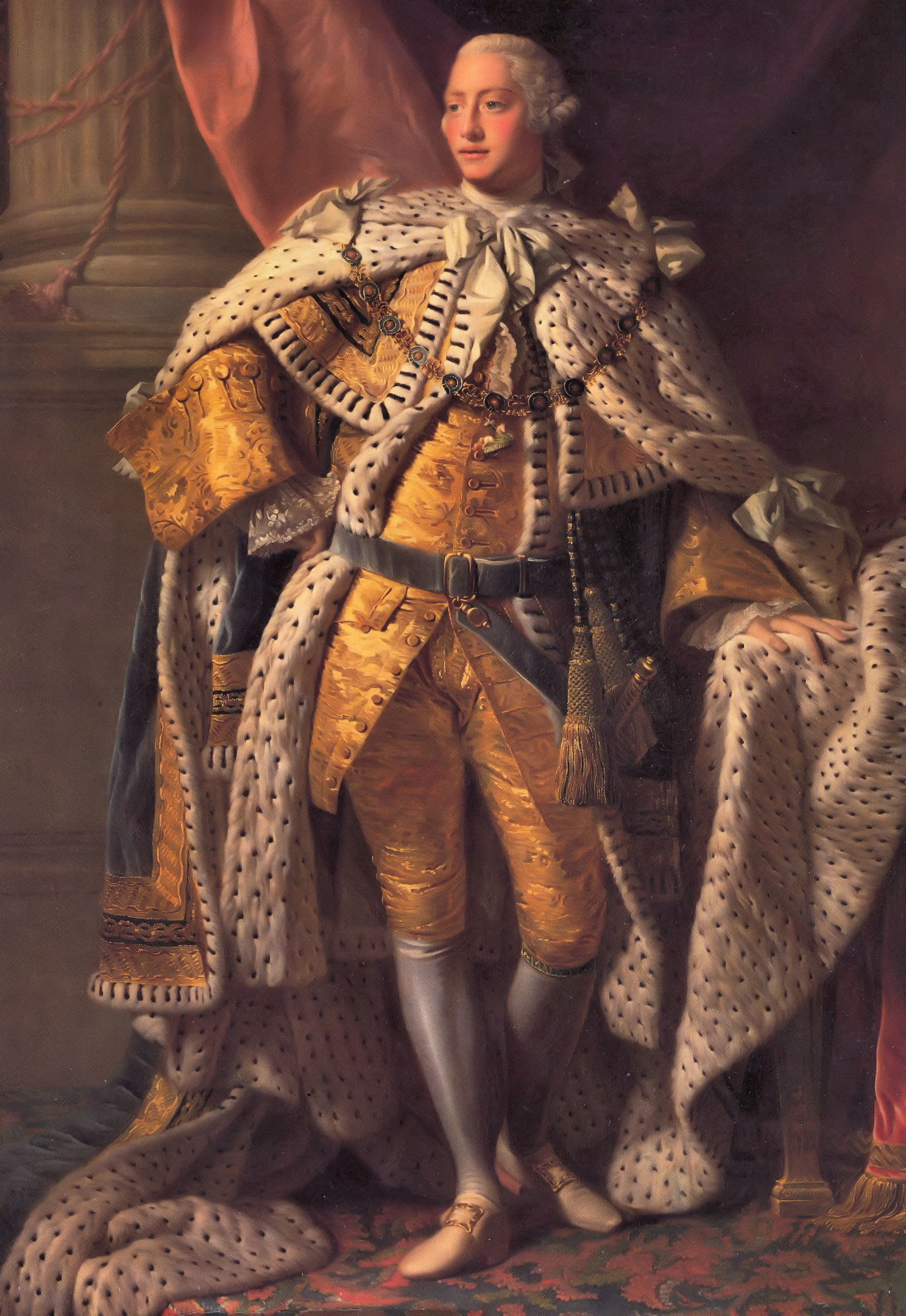 The royal family really has no power in international affairs (the Prime Minister makes the calls here), and no say in internal British matters either (again, the Prime Minister who controls the House of Commons calls the shots here as well).  Essentially, the royal family (the House of Windsor) has much in common with our version of fairy tale princesses: Disney Land and Disney World.  People flock to see the Queen at Buckingham Palace in the same manner that all sorts of folks pay big bucks to gawk at Mickey Mouse and Goofy in Disney World.

Yes, the royals hold an enormous amount of real estate inherited through the ages as it was passed down from the old kings and queens throughout British history, and lately through the House of Hannover and on to the existing royals, the House of Windsor.  Most of the profits generated by these holdings are channeled back into the government's coffers and so in reality, the royals really don't cost the country anything, but more accurately generate a modicum of profit (but nothing close to Disney World).  One can only speculate as to what kind of ROI those holdings would generate were they removed from royal hands, but I suspect that the Brits want to leave well enough alone.

Should the royals decide to keep these real estate profits, and to cash in on some of their holdings, and all bets are off: a revolution would surely ensue, and this is a revolution that the royals have postponed slowly over the generations by gradually ceding power back to the people, in exchange for keeping their royal heads attached to their royal necks.

And the Brits love these guys, for reasons I can't really fathom since I am a Yank, but to see the hullabaloo about these useless Dukes, Duchessses, Earls, Lords and Viscounts gallavanting around in their phony uniforms while all marrying their first cousins is a bit much for me.  But hey, whatever floats the Limey boat.

God save the Queen.  And keep that 'British Disney Land' revenue flowing.

Unrelated Note: notice how King George III and Mickey are striking the same pose.
Posted by Fredd at 7:07 AM 6 comments:

Now that the news of Osama bin Laden's death is starting to get stale, it will certainly be fascinating in the next week or two to watch how the Pakistani government squirms out of this one: it is apparent to absolutely anyone with half a brain that the compound in Abbottabad, Pakistan where Osama bin Laden lived since it was constructed in 2005 was at least in part built,  funded, maintained and secured by the Pakistani government.

No other conclusion can be drawn.

This facility was within 100 yards of Pakistan's version of West Point.  It was ten times the size of all of the other structures within this community, and had the security of Fort Knox.  Most of the neighbors were aware that a person of significant stature lived within these 18 foot walls for the past six years, and to think that the Pakistani government was completely unaware of its inhabitant's identification really stretches their credibility when they deny knowledge of the whereabouts of Osama bin Laden.

If you recall, the Bush Doctrine defined our enemies after 9/11 as those who committed the atrocities of that terrible day, and that we would not distinguish between these foul enemies and those who harbored them.  The Pakistani government, to include former president Perves Musharref, and current president Asif Ali Zardari were complicit in the harboring of Osama bin Laden for six long years.

Now we know on which side of the fence Pakistan's loyalty lies: with the terrorists.  Pakistan should now be cut off immediately from U.S. foreign aid, no trade between the U.S. and Pakistan should be allowed, and no travel by U.S. citizens to this enemy state should be authorized by the Department of State.  This is the law of the land, and President Obama should follow through with this logical process.

Pakistan is a nuclear armed rogue state, and the danger it poses to the U.S. and its interests as well as world stability are enormous.  The proof of this is sitting right in front of all of our noses: Pakistan is not our friend.