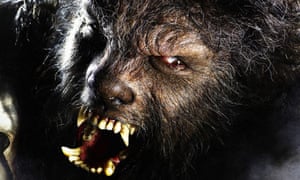 These flicks have everything a red blooded American could ever ask for in a film: Good guys wasting bad guys, or in the case of The God Father, bad guys wasting good and bad guys. Note the absence of any over riding love interests in the Top 10: I relegate those movies to the "Chick Flick" genre, and therefore they are absent here.
.

Without further ado, here are Fredd's selection of the Top 10 Films Ever Made in descending order:
.

10. Robocop. Set in the future in crime-ridden Detroit (no change from the present), police officer (portrayed by Peter Weller) is gunned down by scumbags, dies and his corpse is refitted with state of the art weapons, computer brain and great lines: 'dead or alive, you're coming with me.' Unbeknownst to Robo's creators, a bit of his human memory containing morals and ethics flickers within the computer brain, and in the end the bad guys get theirs. A true feel good flick, this film is one for the ages.
.
9. Electra Glide in Blue. Good hearted motorcycle cop (lead role by Robert Blake decades before he became a murderer) is promoted to detective, then is witness to lawlessness by his mentor. He rats his boss out, returns to his motorcycle beat and meets an odd end. The photography in this movie is outstanding, considering its age (1973).
.
8. The Unforgiven. A brilliant Clint Eastwood film (he played the lead and directed this one) about justice meted out in the old west town of Big Whiskey. Gene Hackman is also outstanding as the small town thug sheriff 'Little Bill,' who also gets his in the end. Great lines throughout, such as 'a man's got to know his limitations.' Also, Little Bill to Clint's character: 'you just shot an unarmed man!' To which the great reply goes 'well, he shoulda armed himself.'
.

7. Jaws. Another great movie, where primordial monster shark devours any and all hapless New Englanders who splash about in its waters. Best line: Roy Scheider to vessel skipper Robert Shaw, when spotting the beast in their 20-something foot fishing vessel: 'we're going to need a bigger boat.' Indeed.
.

6. The Godfather. Need I say more? Some say this is the best ever, I say phshaw. It is indeed a good flick, with the bad guys portrayed as having a twisted sense of moral virtue in their murderous pursuits of money and power, but the best ever? Nope. Great line: "Leave the gun. Take the cannoli."
.

5. Kelly's Heroes. Another Clint Eastwood jem, a savvy U.S. WWII soldier gathers a team of other greedy GI's to snag a fortune in gold from a bank behind enemy lines. Star studded, and memorable performance from Donald Southerland as 'Oddball.' Catchy little sound track of 'Burning Bridges' is well done in conjunction with the entire production.
.

4. Master and Commander: The Far Side of the World. Russell Crowe does a truly superb job as commander of a British War ship of the line during the Napoleonic War era, and historical attention to detail is magnificent in every way. The relationship between the ship's doctor and the captain is also engaging. Great lines at the captains dinner table, including the 'weevil' joke. A real keeper, this one.
.

3. The Outlaw Josie Wales. I have included this one (yet another Clint Eastwood beauty) because of the righteous vengeance wrought upon so many wicked and deserving adversaries. Josie loses his family to a merciless and brutal raid on his homestead while he is away in the Civil War fighting for the Confederacy. When he returns to find the slaughter, watch out. This film has got to be the record holder for most killings by one guy (I lost count after the 'Gatling Gun' segment). Chief Dan George also hilarious in his role as Indian side kick.
.

2. Fargo. The Cohen Brothers can really come up with some sick stuff at times, but put it together in a most compelling fashion. Homey, pregnant northern Minnesotan police officer tracks down homicidal maniacs hired by moron struggling car salesman trying to pull off hostage scam, things go completely awry.
.

1. Shane. This film, although dated (1953) has everything a great film requires: good guys (Alan Ladd) prevail over slimy bad buys (Jack Palance) in this sod busters vs. cattle barons setting based roughly on the Johnson County War in Wyoming circa 1892, and was primarily filmed in the spectacular Grand Teton setting near Jackson Hole. Great film effects, and the attention to historical detail merits mention. Just a great feel good flick, this one will definitely stand the test of time.
.

You will note that all of these films (with the exception of Shane) are from the 1970's on. Some might say that this list suffers from the 'error of recency' where the rater will favor more recent films than those 'great' films of the past. Not so, since a great flick absolutely must be filmed in color (Technicolor was the gold standard going way back). "Citizen Kane," for example, was left off the list: black and white just doesn't cut it with Fredd. Sorry. That, and any films with romance as the main attraction must be included in a 'Chick Flick' category, not 'Greatest Ever.' So, you see, if you disagree with my list, you are simply wrong.
.
That, or your choice is in the Top 20, where I have omitted the 11 through 20 films simply because my fingers are getting tired of typing.  This post is around 11 years old, but bears re-posting..
Posted by Fredd at 7:59 AM 46 comments: