Borrowing a fortune to buy a useless college degree 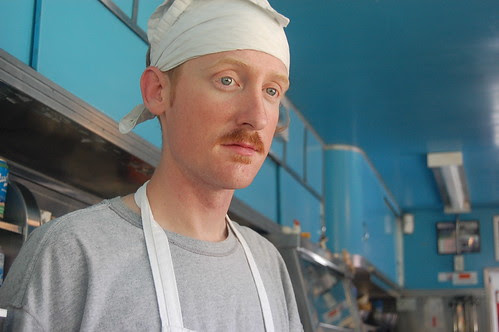 What do you call someone who borrows a virtual fortune to finance a college degree that isn't worth the paper that the diploma is printed on?  A college graduate?  An up and coming titan of industry?  A future pillar of the community?

Nope, none of the above.  At least, that's not what I would call these folks.  I would appropriately label these guys and gals as stupid morons.  You know, those college brainiacs who majored in any liberal arts degree such as journalism, film, photography, sociology, psychology, English, art history or a litany of other completely irrelevant and useless program that no reasonable profitable business owner has any use for whatsoever.

And to top off the bad choices that these morons (or, college graduates as some would call them) make is that they went into hock to the tune of upwards of $30,000 or even more to call themselves a college graduate.  It's one thing when Daddy and Mommy fork out the dough for little Sally to spend four years studying fashion design, and then end up working at Chick-fil-A for $7/hour.  But when little Sally obtains four or five student loans that hang around her neck for most of the rest of her life like golden chains around Mr. T's neck, that truly is a magnificent example of an absolutely horrific and terrible life choice.

This may be news to many college students: a college degree does not guarantee you a huge salary and cushy job for life.  It never was any kind of guaranty at any point in history.  Granted, in the past employers found that college graduates in business, engineering, science and other solid pursuits made excellent employees in the long run, and those who actually studied the Three R's (readin' ritin, and 'rithmatic) had a leg up over those dimmer grads who chose to take pictures, study pictures and critique pictures while they piled up student debt up to their eyeballs.

And now we see a swarm of unemployable fine arts and journalism graduates down on Wall Street demanding that their student loans be forgiven, while carrying signs that blame their woes on all of those fat cat bankers.  Yes, you know those evil guys and gals in the suits, the guys and gals who studied business and finance in college rather than film.  Those guys.  They are the ones responsible for liberal arts major Sally's troubles, and why life has passed her by, or at least according to little brainiac Sally.

This is so wrong on so many levels.

You know what I call a liberal arts degree holder who can't even get a job at McDonalds in order to start repayment of their $30,000 student loans?  A college graduate, you say?  No.  I call them a burden on society, a moron and a hopeless idiot.
Posted by Fredd at 7:58 AM 10 comments:

Obama is right, for once: 'Republicans want dirtier air and dirtier water.'

President Obama is correct: the GOP condones more economic activity, during which the process of this activity marginally increases pollutants that are an external cost and are unavoidable consequences of all productive human efforts.  As considered from an economic point of view, both Republicans AND Democrats should want dirtier air and dirtier water.  Well, perhaps minuscule increases in air and water pollution, but it is inarguable: more economic activity produces more pollutants.  And as a nation, we all accept certain levels of pollution as the cost of a prospering and growing population.

Of course, as an economic ignoramus, Barack Obama has no clue that there are certain unavoidable externalities that must ensue given increased economic activity.  No clue at all.  Taken to an extreme, Obama's position would be that Democrats are against emitting one single additional molecule of pollution into the country's air or water.  The only way that this position is achievable is if we stop any and all additional efforts to increase production of any product whatsoever.  This position of Obama's also assumes that the existing production of energy and goods is OK, that the pollution from our current levels of production are perfectly fine, and that cutting back on production would be even more acceptable.  In other words, Democrats support stagnation or atrophy as it pertains to the GNP of the U.S. economy.

Of course this position is ludicrous on its face.  But the dimwits who listen to Obama and Democrats eat this up, and in particular the tree hugging environmental movement types, who ultimately would be perfectly happy if a diminished number of cave dwellers simply lived like we did in the good ol' days, in our cold, damp caves with no cars, no washing machines and no electricity.  And that would entail that of the 300 plus million Americans currently residing within the boundaries of the U.S., perhaps 90% of them need to go away, leaving presumably the 10% of the remaining population (the 'good' percentage) to inhabit the country and live off the land, free from pollution and filth.  Sounds like paradise on earth to me.

And of course, that eventuality is a non-starter as well, but it epitomizes the Left's world view to a large extent: seeking a non-existent utopia that dwells in unison with Mother Earth, or Gaia, with no wants, needs or fears, and one that provides only peace and love for everybody.  Everybody, that is, except the other 90% of us who 'went away,' and the tree huggers choose not to explain what would need to happen to that 90% 'extra population' that Gaia could not support.  To these arrogant extremist environmentalists, all that matters is that most of us (especially conservatives and Republicans) simply 'go away,' and leave the country to them and their vegan and pure ways.

And it will be coming up on the ballot in November, 2012.  Vote for dirtier air and dirtier water.

The "Occupy" mobs nothing more than a 'Cargo Cult.'

This unorganized rabble we all see yelling into bullhorns about the evils of capitalism, the banking industry, and western civilization in general can be categorized as a cult.  More specifically, a ‘cargo cult.’  They have seen the success of the hated Tea Party, whose efforts have changed the political landscape and swung the pendulum of popular sentiment significantly to the right of center.


These mobs want to effect the same degree of change that they all saw the Tea Party achieve, although in the opposite direction, and ignorantly assume that if enough people show up and make noise, their cause will be served.  Their largest shortcoming is their complete and utter lack of understanding of how the Tea Party got the victories they did.  They are clueless, but perservere in their mimicking of Tea Party rallies, when in reality they are stupidly stumbling around aping Tea Party tactics with no real understanding of how to effectively forward their agenda, which is to bring chaos to the existing system that has left them behind.
If you are not familiar with the term 'cargo cult,' it refers to the primitive native peoples in the Pacific Islands and remote areas whose territories were pressed into service during WWII to service the U.S. Pacific Fleet, in addition to the Japanese Imperial Navy. These native people would watch as these foreigners (both Japanese and American troops) moved in, and subsequently build landing strips and control towers. Then as if by magic, planes would appear from the heavens and land on these strips full of food, water, supplies, gasoline, clothing, etc. Much of it would be distributed to the indigenous populations in addition to serving the war effort.
After the war ended, these foreigners left, and so did all of their goodies. Not wanting to interrupt this gravy train, the natives would ape the behaviors of those foreigners in hopes of making the magic planes arrive again. They would build bamboo 'control towers,' clear rudimentary, crude 'landing strips' out of the jungle, and talk into crude 'microphones', hoping that this behavior would entice the goodies to reappear, but in reality they had absolutely no understanding of the actual nature of where all these goodies came from. They had to assume it came from out of the sky, (presumably from the 'gods' ). These cults persisted in mimicking these behaviors for years and in some cases decades after the shipments ended.
And the ‘Occupy’ fools are stupidly doing the exact same thing as these ignorant Pacific island natives: they are completely devoid of any understanding of how the Tea Party resonated with voters.  Specifically, the Occupy mobs are unaware that the Tea Party had rock solid principles that it rallied around: less government spending, less confiscatory taxation, smaller government and adherence to the Constitution of the United States.
The occupy mobs have only their ‘rock solid’ principles of: lay in bed until noon, smoke marijuana until their throats are sore, and demand that money be provided to them in perpetuity to further their slovenly lifestyles.  These are principles that are held by only a small handful of stupid hippies, of whom all pay homage to their spiritual leaders Cheech and Chong, and this worst type of sloth will never, ever gain any support from the voting public whatsoever.


And yet these idiots continue to ape the Tea Party, and expect the same manner of change, but it will never come.  Just like those cargo cult Pacific Islanders continue to wait by their crude landing strips and man their bamboo control towers, hoping that their efforts will entice the goodies from the skies to appear again, as it did in the good old days.
Posted by Fredd at 6:38 AM 4 comments:

This mob of hippies' petulant infestation of Wall Street may make for great photo ops, sound bites and generate some media interest, but it will mostly generate garbage like their fore bearers always did at these protests, and garner resentment and ill-will from most of the public. 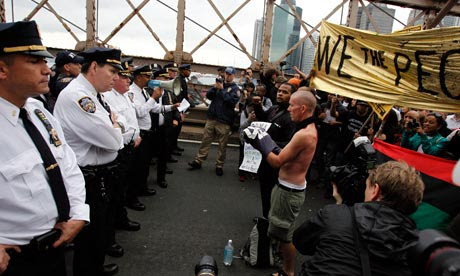 The garbled message that we get from this leaderless rabble seems to be 'these fat cats Wall Street bastards have money, and we don't.  Give it to us.'

Or at least that seems to be the message I am getting from this mob.  They have been raised by their irresponsible Gen-X parents to value self esteem over accomplishment, and they are demanding that the responsible people working in the corporate environs hand them over cold hard cash, simply because they are alive and breathing in the U.S. of A.

Sooner or later you all will grow up, and find out that if you want some of that money that these Wall Streeter's have, you'll have to shave, shower and cover up your tattoos, remove your earrings and get hair cuts.  Additionally, you'll actually need some sort of resume that an employer might be interested in, with actual accomplishments: like holding a minimum wage job for more than a week.

I know, I know: your self esteem will suffer.  Having to flip burgers and be nice to customers.  Yes, I know this is too degrading to even consider.

Well, welcome to the NFL.  Life is tough, and nobody owes you a living.  Despite what your useless parents told you.

Get a job, you smelly stupid hippies.  Nothing you do on Wall Street in the next week, or month, or year will make any difference in your life.  You are not standing up for right versus wrong, for good versus evil.  You just want to steal the goodies from those so-called fat cats up in those office buildings.  Those people up there are the responsible ones.  The ones who shower, dress neatly, keep their noses to the grindstone and respect authority. In other words, they play by the rules.  And you don't.

Just get a job, take a shower and shut up.

You useless human debris.
Posted by Fredd at 6:40 AM 16 comments: