At the ripe old age of 61, I often feel as though technology is trying to leave me behind.  I am typing this post on a laptop computer, something that is fast becoming a museum piece.  And I thought I was a technologic hipster, having moved up from a desk top just a few years ago.  Nope, I am mired in the old ways.  Ipads and smart phones are now the devices that most folks use anymore.  And those are probably on the verge of getting dumped into the technological dust bin of history. 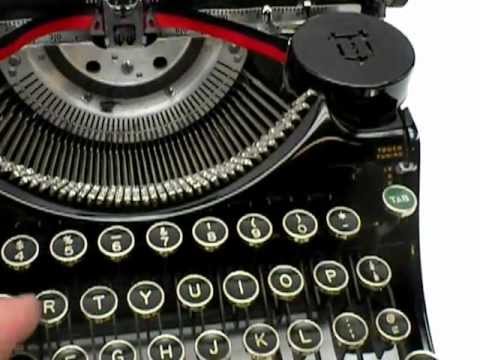 It seems like yesterday that I took typing class in 8th grade, where I and another guy were the only males in a class of 30 females. That's why I took the class. I was not particularly good at typing, only having achieved maybe 20 WPM after 8th grade, and getting C's in the class.  I re-took typing in 9th grade (again, two dudes and all girls; best kept secret in 9th grade), and wound up typing about 35 WPM (with 4 mistakes).  On a mechanical Underwood typewriter. 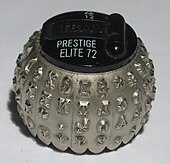 Typewriters.  Nobody remembers those things.  The mechanical units such as Underwoods took effort to work.  You really had to use some oomph on the pinky fingers to get those keys to work well enough to get some ink on the paper for P's and Q's.  I then joined the U.S. Army as an intelligence analyst, and had to use typewriters to write up reports: they had IBM Selectric units...electric typewriters!  Boy, those babies were the bees knees.  They had that little golf ball with all the letters embossed on it everywhere, and a magic erase key that corrected a mistake by simply pushing a button....wow, they will never top this, or so I said at the time.  Wrong.

And how about cars these days?  Just get in a brand new Nissan, and you can drive it 110 mph all day right off the show room floor, and never change the oil in it if you don't want to, and it will still run for 200,000 miles.  Not so back in my day, by crackee.

The rear seat of that station wagon faced backwards, and as kids my brother and I would make a sign that said 'help, we are being kidnapped' and hold it against the window at stop lights.  Ha ha, such fun.  Imagine what kind of reaction you would get nowadays doing this.  Your parents would spend the next two weeks in jail before the prank got sorted out.

Yeah, things are moving along so fast sometimes, I sometimes pine away for those old Underwood typewriters.  You know, just to slow things down a smidge.

Self-taught here on typing but got a kick out of your high school memory lane. Back in the day (my day at age 52) they coined the term "Word Processing" to title the class of what you speak, I imagine to draw more guys (as though your excuse was not enough).

I recall when the tech in Star Trek was cutting edge. Now we look back and see that we have everything they have (except a space ship and a transporter), except more.

I also recall when I used a slide rule to do math.

Oh yes. I know where you are coming from, Fredd. And I agree. I wish things would slow down, too.
You did better than me. I got straight D's in typing. Haha!

And I remember the IBM Selectric very well. I was also in the military, when I saw my first one.
The Air Force had DOS computers. And lots of programmers. I was in electronic intelligence. The poor step-child to the photo intel people. But I remember it with warm feelings.

I hate to say it, but I am pretty sure I would not want to be in the military now, with all the PC (and just plain stupid) stuff going on now.

Have a blessed weekend, Fredd. It may be our last calm one for a while.

I grew up with an old Underwood in the house. It had the red and black tape that was used for bookkeeping. I never took typing, unfortunately, so I'm limited to about 20wpm at hunt-and peck.

Christopher: yes, I remember 'word processing' in the olden days. And 'word processors' was just the euphemism for what we used to call 'secretaries.'

LL: yes, slide rules were en vogue with all the geeks back then. Only they were not called 'geeks,' we called them 'weenies.' Or worse.

Linda G: yes, I was an enlisted guy in electronic intelligence, too. A 'SIGINT' analyst, they were called back in the day. And also did a stint at the battalion level, the intel unit I was in was called a CEWI unit: Combat Electronic Warfare Intelligence. Lots of hard work, schlepping heavy gear from our garrison barracks into 2.5 and 5 ton trucks, taking them out to the boonies, unloading them, and then pretending we were doing something to keep track of the commies. The only thing the officers were interested in was getting the radios working, nothing else really mattered to them.

Gorges: typing was by far the most valuable class I ever took in jr and senior high school. I use it every day, and thank God that I actually paid attention to the typing teacher. With the advent of the word processor, I don't have to worry about making mistakes, since you simply backspace over the mistake and enter the correct symbol. In the good ol' days, you had to manually erase the damn letter, a real pain.

I have been clocked at 75 WPM on a laptop. I can type almost as fast as I can talk.

I regret never taking a typing class in high-school. I had to hunt-and-peck all my term papers in college, or pay somebody to type them for me.

The Selectrics are the greatest typewriter ever built.

And I still have my Post VersaLog-II and K&E 4081 slip sticks.

Fredd, If I get the gist of your post, let me say I have been on many 'kiddie' web sites like popular science (not) where the kids post comments that they think are intelligent. Well to the point. Most young people today think that Things have never been better in the world.

I've commented back that the technology is fantastic but the people are F'd.

I'm sure none of them understand that. They'll be quite surprised when some savage moslem, imported by the hildebeast, hits them in the head with a machete while they are looking at slashdot, spotify, pinterest, tinder, grinder, or selfie heaven on their freakin smartphone in a mental state of total nirvanna.

Well, on the main topic. I've been programming computers now for 35 years, never learned how to type. Never regretted it for an instant.

Kid: I've seen some guys type 75 WPM with two fingers. On their Blackberry. Regarding great tech, but F'd people, that reminds me of a Star Trek episode where Picard and the crew run into a society that does not know how to fix their equipment, but know where the hand outs are. They couldn't change a lightbulb. Sound familiar?

Drjim: I have never heard of Post VersaLog-II and K&E 4081 slip sticks; I guess I don't get out much.

Ah, We did the same thing then. We were called Electronic Intelligence Specialists. A fancy way of the Air Force saying Sigint. I never went anywhere we had to move gear. We had forward bases at Moldy Hole (Mildenhall), and Kadena AB, Japan. I didn't go to any of the really neat places, haha. Hubby got to go to Moldy Hole in his specialty of Comm/Nav repair; but I only ever went to Kadena. Others in my field got to go to England.

Funny thing. I gave one of the crew members a package of home made jerky to give to hubby in England one time. The crew, of course, all went to debrief while all the bags were being security checked. Hubby got called and had to go to the flight line because one of the dogs had alerted on the jerky! Haha! So he opened the package and showed them (and shared) it was nothing serious. ^_^

T-minus three days and a handful of hours, now...

One of my wife's favorite parts of watching Mad Men episodes is the rows of big electric typewriters in the office at the secretary stations with their vinyl covers on them which get put on every day at 5pm. She had one of those stations when we met in the Air Force. Good times.

Grunt: oh, yes. Those vinyl covers were critical, they had to be in placee after use, because you wouldn't want any dust to gum up the works.

LindaG: it you did the same thing I did, then one of your training gigs had to be in San Angelo, TX, where all the SIGINT folks attended, AF included. My 'common block' instructor was an Air Force E-6.

Hm. Actually, mine was in Biloxi Mississippi where I met hubby. And when I was in Space ops for a year, it was at Colorado Springs. So maybe not quite the same.
Be safe, and God bless us all this week.

The VersaLog and K&E slide rules were the Big Boys of their day.

They were about 3" wide, and covered with engraved scales on both side.

They were 10" long, and the leather cases for them had a belt loop so you could wear them like a gunslinger wears his piece.

Drjim: I bet when you saw a super geek heading your way with one of THOSE bad boys strapped to him, with embossed leather case, you stepped aside, bowing and scraping as he passed.

Considering I was wearing one in high-school, that "Super Geek" was probably a friend of mine!

Geez, I can remember when all we had was an abacus, a writing quill and a used piece of papyrus...

I did learn to type in HS on those ol selectrics, partly due to my southern mother insisting on my doing all my reports in cursive, legible cursive.

After that I learned to use a teletype, and the punchtape system, a precursor to the computer, I think....

Brig: yeah, eventually I moved up to all of that high tech, fancy schmancy quill and papyrus stuff, but I started out with a chisel and stone slate. Pretty basic, back in the day.

I did my fair share of banging away on that teletype machine in the army, and then collecting the punch tape and doing that little trick to wrap it up in a nice bow with the thumb and pinky, I think you know what I am talking about...