Win or lose, what happens to those 'Never Trumpers?' 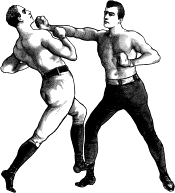 The Republican Party is certainly a mess these days.  The internecine battle within the GOP between those who still adhere to the 'small government' philosophy and those who are entrenched 'Establishment' types will yield a victor in a few days.

Donald Trump is basically a small government kind of guy, with a few exceptions.  Should he win, the extreme Never Trump folks such as Ohio Governor John Kasich will find themselves on the outside looking in.  Will Donald Trump forgive and forget these GOP traitors who actively sought his defeat?  I doubt it.

What will be the fate of these GOP traitors?  Will the rest of the Republican Party forgive and forget that these guys did everything they could to see that the Republican nominee for the presidency did not step foot into the Oval Office?  I am not confident that we are of that fiber.  If The Donald loses, you had better believe that the Never Trumpers will be vilified nationwide.  They will own a Hillary Clinton administration, and every evil that it spawns on all of us.

Historically, after the Revolutionary War, the 'Tories', colonists who supported their British heritage, were treated very harshly after George Washington's forces prevailed, and many had to flee the newly free country back to England.  Those Tories who remained were branded as traitors of sorts, and their families were shunned and their businesses failed.  They paid a price for their loyalty, or lack thereof.

Never Trumpers will also suffer the same fate.  The entire Bush clan, George Will, Fred Barnes, John Kasich, William Crystal and other former rock ribbed conservatives, with a Trump victory or defeat, either way will suffer loss of credibility at a minimum.  Their positions of leadership within the GOP will be forfeited, as their treachery will have been the stuff that the rest of us will simply not forgive or forget.

These guys are toast, politically.  And possibly professionally.
Posted by Fredd at 6:34 AM

And they SHOULD be toast. They put their own pockets above the nation, their children and their grandchildren.

Many torries were tarred and feathered. Others were hung as traitors. In the big cities they boarded ships for jolly old England. Times have changed, of course, but the #Never Trump crowd needs to find a job that doesn't have an R after their name.

Well Fredd I can certainly agree to what you have conveyed in this post. I would only add that your description of "former rock ribbed conservatives" is rather in doubt, espeacially now that the veil is lifted. I would describe them as RINO's of the first order and at times, when politically advantageous, wearing the conservative label.

Now these tools are just one level above Glenn Beck and we all know that level is not exactly high.

Gorges: To put it mildly, I don't think much of these modern day torries, and what I think should happen to them is not exactly what a good Christian is supposed to think. You know, turn the other cheek and all of that. No cheek turning here, I can tell you that, and I'll settle up with St. Peter when I'm standing at the Pearly Gates and he looks down at his clipboard and sees my un-Christian attitude towards these traitors.

Christopher: these RINO's made their choice, for better or for worse, and chose what they thought was the safe Establishment route. They missed the call. And yes, 'rock ribbed' was what they used to pass themselves off as, but that veil has indeed been lifted.

LL: times have not changed all that much. We know low down treacherous scalawags when we see them. And they have a reckoning to face. Maybe not tar and feather, but we have our ways.

Most of the people mentioned, like George Will, are only known to a very few people. I could stand outside the grocery store and ask the next 100 people who George Will is and I bet 99.999% of them wouldn't know. That being said, the people who do know who they are will never listen to them again. They have made public their arrogant attitudes by declaring themselves better, more moral, and smarter than all us "dirt" people. It's one of the reasons I don't watch Sunday morning political talk shows - or any TV anymore. Haven't for years and years. It reminds me of when the talking heads come on after a debate and tell us everyone said. Really? I just listened to it and don't need it "explained" to me.

They just don't put their country first as we do. Even Ted Cruz is trying to tight rope the situation. It could still cost him dearly. He didn't mention Trump's name once at the rally with Pence.

Kid: I agree, if Trump loses, the GOP will be wandering in the wilderness for 40 years, and liberalism will soon direct the country into chaos. We'll see how that turns out, but whatever happens, the GOP will not be the ones calling the shots ever again. They blew their chances too many times.

As long as good men do nothing...

One could hope they would be shunned.

It's the Never Trumper voters who annoy me the most. They won't vote for him because he's 'not religious enough' for them. They refuse to vote for the 'lesser of two evils', figuring that Killary can take this one and they will wait for a better candidate in four years.

I pray that Trump will win and that God will take mercy on America.

Be safe and God bless us all.

Hi, fredd...you said "If The Donald loses, you had better believe that the Never Trumpers will be vilified nationwide. They will own a Hillary Clinton administration, and every evil that it spawns on all of us." How do you figure?

Barbara Bush is now coming out for HILLARY. I COULD SPIT. or worse..MUCH worse.

Z: I figure it this way - the NEver Trumpers cast enough negative energy into what otherwise would have been a unified movement, it cost the Republicans the White House. THEY lost us the election (if we lose), and they accordingly own all the bad things that happen. Quite simple to figure, actually.

Babs Bush: never liked her politics. She was always too cozy with the bad guys.

LindaG: we have had these 'Never(fill in the blank here)' around in the GOP for awhile. If the candidate who gets the most votes is not pious enough, frugal enough, tough enough, thrifty enough, whatever enough, they will pooh pooh them and sit home.

Idiots. Do you think Democrats think this way? Not on your life. If Adolph Hitler came up on top in the primaries, every damn Democrat, living and dead, would vote for him several times. Nobody would sit on the hands come election days.

These NEver_______ idiots are going to be the death of the conservative philosophy.

Never Trumpers at least were standing up for their beliefs. It looks like, however, as the evening progresses in favor of Trump that they had little impact on the election and will fall into the group of disgruntled and ignorant voters.