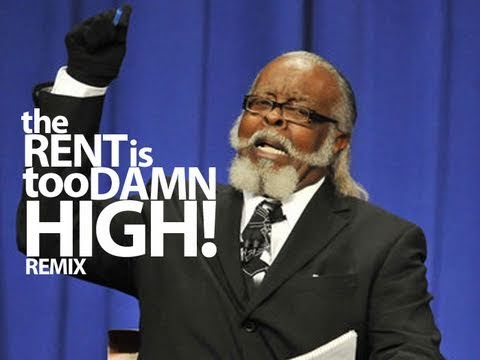 I just have to wonder how the voters of Chicago have enough brain power to even keep their vital functions operating.  Chicago voters have to be the dumbest people in America, even dumber than those of you in Rio Linda.

The average property owner in the city of Chicago just opened up their second installment property tax invoice and many found that their property tax rates shot up as much as 400%.  They howled, shrieked and carried on about this injustice.  There was in general great wailing and gnashing of teeth in the Windy City.

How can these dopes be shocked...SHOCKED!? They have all voted in droves for Democrats to run the city for nearly a century now.  And the Democrats they love to vote for have run the city's finances into the ground.  The projected shortfalls in the opulent, lush public worker pension funds are in the billions of dollars, and this 'little tax adjustment' is merely the Democrat way of making stop gap ends meet for their current pension obligations.  Most of this money that has been extorted out of Chicago property owners goes towards current funding of the Cadillac pensions of police and firefighters.

The bond rating for the City of Chicago is now in junk status.  The borrowing still continues at a healthy pace, and the city will gladly pay the usurious rates that junk status requires, and the projected shortfalls in pension obligations continue to mount.  Amazingly, not one of these Chicago voter dunces have figured out that the Democrat way of running the city is heading towards sure fire bankruptcy.

But just watch the next round of elections.  There is not one Republican on the ballot that has a snowball's chance in hell of getting elected.  You know, those rascally racist evil Republicans who think that a balanced budget is a good idea.  Chicago voters will have none of that, no siree Bob.  Balanced budgets? Why, that's just crazy talk.

They think their property tax rates are killer now, it's only a matter of time before the Democrat chieftains let the caterwauling over this latest outrage die down.  The Democrats in power know that the voters of Chicago have the memories of a common housefly, but maybe not quite the brains that this housefly has, and they will jack up the property tax rates again in a year or two.

I'm sure that one of Hillary's first acts as president would be to print a trillion in debt and distribute it to fiscally irresponsible places like Detroit, Chicago, Baltimore, it's a long list. She could - merely with a pen and a phone - obligate the nation to Chicago's debt. I'm surprised that Barack didn't do that, but he may yet do it on his way out. He did promise to radically transform America.

Yes, and sadly, we as a nation deserve Obama.

At least they're getting the damn good spankings they vote for.

LL: Of course the old crone could do this. But the backlash would absolutely kill her legacy. And as we all know, both her miscreant hubby and her are all about legacy these days.


With any luck, both of their legacies will prove to be complete garbage. Time will tell, of course.

Gorges: yes, we as an aggregate population most certainly deserve the pain that Barry has caused. Hell, he was up front and open about all of this.

Isn't Chicago (Land of Obama) too big to fail?

LL: Chicago is too big to fail? I doubt it. Once talk that federal funds might get channeled into the Windy City to bail out the Democrats and the damage that their century long spending spree caused, the shit will hit the fan. Remember the New York Daily News headline back in the 1970's: "Ford to City: 'Drop Dead.'"

National interest groups will see to it that the federal spigot will get shut down pronto. I say this because Detroit thought that the feds would bail them out, too. Didn't happen, and there's not even any proposal whatsoever on the table to help the Motor City.

Chicago has a little more on the ball than Detroit, but it too can spend itself into bankruptcy, if it hasn't already. And I don't think Chicago can count on help from Barry. Did you notice how much Barry helped Chicago pin down that Olympic bid?

No, Chicago is not too big to fail. Not even Barry can save it.

Property taxes are inherently unfair. I know people in Minneapolis who live in nice homes who are paying as much as 15k to 20k a year in taxes. It's nothing more than redistributing the wealth.

Adrienne: yup. Nothing more to it. The nicer the home, the more bucks go towards taxes.