Television shows that will rot your brain

The following programs, if you watch them regularly, will be guaranteed to turn you into what are now called 'low information voters.'  Or, the more technical term: a moron.  If you actually enjoy watching the following garbage that passes for modern television programming, it will literally transform your brain into rotten goo.

Without further ado, allow me to list the most damaging programs ever concocted by Hollywood guaranteed to turn anyone's brain into pus, and accordingly an Obama voter:

"Here Comes Honey Boo Boo".  A reality series that launched in the summer of 2012, this crap when airing opposite the Republican National Convention was the most watched program of the evening among viewers aged 18 - 49.  Portraying the lower socio-economic layer in U.S. culture, this program basically covers white trash and idiots living in the rural South (Georgia), as the program follows the exploits of a portly trailer trash mother who touts her pudgy little moron daughter as a beauty pageant contestant.  The goal of the show is to achieve ratings by making the viewers feel superior to the retards on the show, and the producers go to great lengths to point out the low IQ of all involved.  Prolonged exposure to this show will eventually lead to a total devastation of the cerebral cortex and complete loss of brain cells. Or, in other words, create a die hard Obama voter.

"The Bachelor/Bachelorette." This God awful dreck has been airing annually for over 10 years now,  and is completely devoid of any substance or reality, although it is considered a 'reality' show.  Premise: a good looking single gal chooses a fiance' from ten or so handsome, single guys ('The Bachelorette' premise, vice versa for the Bachelor).  Nothing whatsoever filmed on this show are actual real live conversations between the participants, and so far no 'couple' created by this bung hole of a show has ever resulted in a marriage of any substance.  Mostly a chick show, sobbing women viewers, handkerchiefs firmly in hand and/or nose are mostly at risk after repeated exposure to become mentally impaired, and accordingly descend into  the despair typical of the pathetic Obama voter. 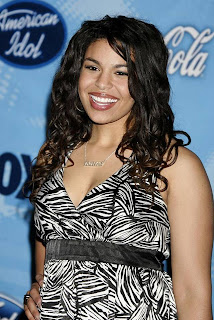 "American Idol." Also entering its 11th year, this horrible series consists of snobby, arrogant celebrities judging the singing talent of unknown contestants, and viewers are mesmerized by the insults and degradation heaped upon obvious plants of no-talent singers, while obsequiously gushing over the more talented contestants.  How anyone with an IQ of room temperature or higher can stomach a single moment of this show is beyond my comprehension.  This unmitigated pile of puke programming will without a doubt turn any viewer's brain into stinking, fetid goo after only a few minutes.  Prolonged viewing will damage the brain of any voter and will most certainly benefit Obama in his bid for a third term (he will ignore the 22nd Amendment much like he ignores the rest of the Constitution).

"Survivor." How any reasonably intelligent person can watch even a second of this perennial filth boggles the imagination.  Even so, the producer Mark Burnett uses  fabricated and phony conflict and treachery among the participants to spice up this stupid show and create as hostile an environment among the cretins participating in what the brain damaged audience loves to see: back stabbing, lying, cheating, stealing and manipulating.  It's hard to believe that this show was based on Johann David Wyss' classic novel published in 1812 titled "Swiss Family Robinson." Guaranteed to damage the brain beyond all capacity, and thus skewing towards Obama's vote tallies to perhaps 6 terms in office if not more.

I've seen about 5 minutes of one episode of Survivor, and exactly zero minutes of any of the other shows. I believe your theory has merit.

Just because you have shunned (and rightly so) these four shows, don't think your brain is immune from rot: there's still 'Dancing with The Stars,' 'How I Met Your Mother,' Modern Family,' Two and a Half Men,' and 'New Girl,' just to name the tips of the iceberg....

It wouldn't be so bad if reality shows weren't all fake.

Actually, it would still be as bad.

I, your humble poster Fredd, was a participant in a reality series on Discovery Channel: the producers didn't try to tell me what to say or how to say it. The producers were very honest in this regard on this particular series, and let me be me. I can't say that ALL reality series are phony, but many are. But not all, I have anectdotal evidence to prove that bears this out.

Yes, I omitted Jersey Shore, a huge omission. This one (starring America's hugest piece of trash, Snooki - Nicole Polizzi). This one should have rated higher (or, uh, lower), I missed the call, you got me there.

And 'Real Housewives of ...", 'Grey's Anatomy,', and on and on, yes Kid. I could elaborate...but you gotta draw the line somewhere on listing filth on TV.

Fredd, "You have to draw the line."

Yes Sir, you sure do. One must guard against giving too much (or any imo) Free rent space in one's brain. TV, pop culture, media, politics, libtards running loose.

No Sah ! Not for me. I can find a way to be happy and care free, and enjoy those things in life around me that Are enjoyable. Negative energy is wasted energy. None of us is good enough to avoid it all, but if you're frowning more than 30 minutes? a day, you're watching/reading too much news or listening to too much talk radio or similar.

Be happy Fredd and the rest of you good folks. MANY have had more serious challenges and nastiness in their lives then we'll ever know. In the trenches in WW1!, Lost it All in the 1929 crash, or worst of all, have serious health issues. Man, when you've got those, you've got no way to be happy.

What of kids today? Will they even know what they're missing?
Best Regards.

If the link below is to be believed, it's Republican voters who lean toward reality TV:

Out of curiosity Fredd, what current TV shows do you deem worthy of viewing?

The following shows are worthy of viewing, and may not actually cause any brain rot, or if so, very little:

1. Mankind: The History of Us All, this show is on the History Channel and is a fabulously well done production, and I can't recommend this one enough.

2. Wheeler Dealers, on Velocity Channel. Two English guys, a short fat one and a tall skinny one, buy neat old cars, spiff them up and sell them. Since I am an old car buff, I can't get enough of this show. My wife says it will cause mild brain rot, but I can live with that.

3. Shark Tank, on ABC. Bunch of rich guys listen to poor guys pitch their ideas for making money, and either invest or send them packing. Love this show, too, as it really points out how to make it in America. Or not, if you are sent packing. Perhaps slight brain rot here, but still highly entertaining.

Diners, Drive-ins and Dives on the food network. Great recipe ideas and entertaining.

The occasional reality stuff on the military channel that isn't narrated by homosexual idiots.

A few other channels where you can see real things happening that contain elements that are extremely impressive regards technical, engineering, or physical/mental abilities that present no idiotic agenda concurrent with the current fads.

The rest of it? yea. Hey, add the ghostie finders to your list of shows for morons. Isn't it so interesting that the ghosts are mainly to be found in restaurant or hotel or other commercial establishments that just Might be down on revenue lately....

Fredd, PS. How about a post on Gun Control, so honey boo boo scrolls down off the top of your page 1. Or anything else for that matter.

I am addicted to Triple D, best show on the Food Network. And I have been a fan of Guy Fieri ever since I saw him win Next Food Network Star about 6 years ago.

Modern Marvels is pretty good, along with Old West Tech, Tank Overhaul is great, and a few others that are all on cable, no network stuff to speak of, other than Sunday Night Football, with Chris Collingsworth and Al Michaels.

And I am writing another post as we speak, so Honey Boo Boo will scroll down into oblivion soon, hang in there Kid...