Hollywood types should stick to acting...

...and leave the important political discussions to adults who took the time to educate themselves as to the issues.

Eva Longoria, an ardent supporter of Obama tells us that it is a huge mistake to vote for a misogynist such as Mitt Romney.  And what are Eva's credentials and standing in the political arena?  She got her degree in kinesiology from some podunk college in Texas.  Kinesiology?  That's the study of basically 'working out.'  Eva has spent her entire life working on herself, practicing yoga and pilates, emerging herself in the world of cosmetics and body image all the while promoting one and only one person: herself, Eva Longoria.  And now she tries to come across as someone who cares about others.  That's quite a stretch, much like Ghengis Khan, who was a master of wiping out populations deciding he needs to spread himself out a bit and seek  a gig in the nursing profession.

But at least Eva bothered herself enough to get a college sheepskin.  Her fellow shallow, uneducated actors and actresses didn't even lift a finger to stoop to hitting the books.  Fellow Obama supporter and Hollywood heavyweight Leonardo Dicaprio never went to college, but tries to come off as someone who deeply understands the issues, and urges us to vote for Obama.  The guy can barely read, but he's the one to trust when he tells you how you should vote.

Fading singing star Cher Bono is the poster child for the leftists who call all conservatives idiots, while she herself dropped out of high school to pursue her singing career.  Recall, she's the one who called Harvard MBA grad George W. Bush 'stupid.'  That's like Michael Moore calling supermodel Twiggy 'fatso.'  It just doesn't quite resonate with anyone with even one ounce of intelligence. 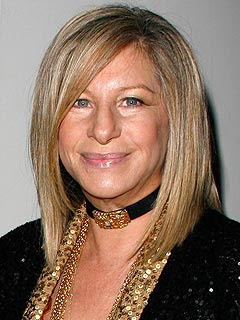 Ditto the resume of Barbara Streisand.  She is a radical whacko lefty, who scolds Democrat office holders constantly for not going further to the crazy left.  Babs dropped out of high school to hit the nightclub circuit as a singer.  I also recall her labeling Dubya as an idiot, much akin to the emaciated has-been pop singer Billy Idol calling the hulking body builder Lou Ferigno a weakling.

These Hollywood morons have absolutely no standing in the poltical arena.  None whatsoever.  All of these stupid Hollywood types should stick to what they do best: look good on TV and on the big screen.  Leave the important conversations to those of us who actually took the time to inform ourselves on the issues of the day.
Posted by Fredd at 8:00 AM

Agree. It makes these 1-percenters feel better to spout their liberal talking points and thus the Obamabots won't hold their wealth against them. It's too bad they don't "shut up and sing" (as Laura Ingraham puts it).

Lady: I appreciate your nod as to the basic truth of what I wrote, but no comment on my spot on analogies - which include references to Ghengis Khan, Michael Moore, Twiggy and Lou Ferigno?

They spend their lives pretending and then expect us to think they represent normalcy.

It takes no rational thought to have talent. Knowing how to exploit it does not make one an expert in other fields, like politics.

They gripe and complain about the very system that allowed them to be what they are (especialy Michael Moore).

Fredd, do you think they're stupid or are they just doing it for the money.

The answer of course is Yes.

Believe it or not, they don't shill for Democrats and liberal causes for the money.

Because Hollyweird is controlled by leftists, they have to cow tow to these guys to secure gigs, and that's just business.

Others, who already have transcended kissing Hollyweird establishment butt, and are immune from black balling, simply use their star status and support pinko stuff to kiss butt to the majority opinion in Hollyweird to merely keep their names on invite lists to big time parties, etc.

Shallow, regardless. None of their allegiance has anything to do with our country.

Useless pigs, all of 'em.

Yeah... well what irritates me is that they think their status carries more weight just because everybody knows their name

Thanks for stopping by my place