Why indeed ARE Obama critics so dumb? 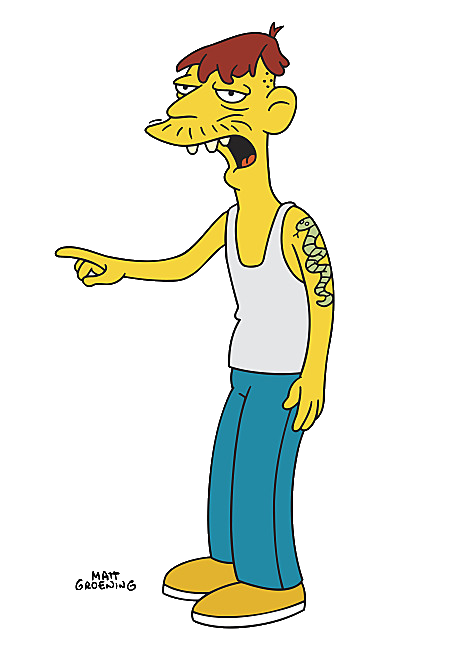 Andrew Sullivan's latest Newsweek article 'Why are Obama critics so dumb?' will certainly sell some magazines with a title like that.  And there's no  doubt that Newsweek needs to do something to sell its products, as it has become a mere shadow of its former self, and sold for $1.00 not so long ago. And that was the price for the entire MAGAZINE and it assets (and debts), not just a single copy of this fish wrap of a publication.

I'm not sure if Mr. Sullivan is serious about that question, or if he is so blinded by leftist ideology that he can't fathom why a failing president as judged on almost every criteria mentioned would be questioned by his opponents.

But for the sake of argument, let's just go with Andy's premise: conservatives are dumb.  We're all just dumber than a bag of hammers.  Fine.

I would like to start at the beginning of Obama's record that is being called into question by us dummies.  He walked into office in January, 2009 with a bag load of promises to fix an economy that was faltering, and an unemployment rate of around 6.5%.  And of course, this ailing economy was all George W. Bush's fault, any dummy would agree with that.

We dummies would point out that the housing bubble that burst was all based on liberal policies, under the watchful eyes of Bill Clinton, Janet Reno, Barney Frank and Chris Dodd, which essentially gave houses to poor people, never expecting them to pay for them.

Once this bubble burst, down went Lehman Brothers and the economy with it.  Most of us invested in our retirement accounts saw our portfolios dip by as much as 50%.  Trillions and trillions of dollars of asset valuation vanished in 6 months, and us dummies don't get it that it was the Republicans who caused all of this.  Despite George W. Bush wanting to reign in Freddie Mac and Fannie Mae from manipulating their nefarious real estate Ponzi scheme.

But we are too dang dumb to understand that it wasn't liberal policies that caused all of this mess, it was Republicans, you see.  And Obama marches into the White House with a pretty bad economy, and what has he done to fix this, with promises of cutting the debt in half in two years, with promises of the unemployment rate never exceeding 8%?

Us stupid morons who criticize Obama's failures see a national debt spiral out of control in three years to the tune of $15.3 TRILLION dollars, up from what Obama called 'an unpatriotic' 9 trillion' dollar deficit left to him under the Bush administration.

And we morons on the right have no legs to stand on when we criticize Obama for failing to deliver on virtually any of his campaign promises, and watch while our credit rating on U.S. government bonds is degraded for the first time in over a century.

Yes, we are indeed the dumbest of the dumb, Andy.
Posted by Fredd at 7:11 AM

Voting for an inexperience naif who's accomplished nothing in his short worthless life is about as dumb as it gets...

You're right, that is indeed about as dumb as it gets.

Except that these Obama voters are not his critics, but I'm not sure they are all that motivated to pull the lever for this cretin again, honestly. Maybe they wised up. Although that's an awful lot of wising up before they even reach the level of 'dolt.'

180 in the wrong direction as usual.

Imagine how stupid juan williams is to not even know he got rumbled by Newt.
He has no idea. no clue. Now that's the textbook of dumb. he and alan "can't they test the landing gear before they take off" colmes.

A level of Stupid that makes your eyes water.

It's not that these guys (Alan "Lovin' Him Some Mao" Colmes and Juan Williams) are stupid, they are quite sharp, both of them. They are, however, handicapped owing to their ideologue blinders both have been reared to wear since an early age. Their parents were obviously pinkos, unfortunately.

They just can't see that our government is taking over all of our lives, one restrictive law at a time.

Excellent points, Fredd and excellent comments, too.
Another point is the title......isn't it the Left who calls for less divisiveness?
And talk about hypocrisy:

Imagine a title on Newsweek like "Why are Bush's critics so dumb?" never EVER happen.

The Left has gotten away with murder in having their cake and eating it too.

And I suspect the reaction to 'Why are Bush critcs so dumb' would be muted, given the history of our pacivity towards such attacks.

I think that 2012 is really going to be all about damage control and how much LIEberal Demo-commies will be sett back when the political backlash against North America's Hugo Chavez really comes. This has to be more than a referendum on the Marxist Occupier in the White House and his extremist subversive administration of moonbats for America to really recover.

In the throes of a rainy Saturday in SoCal, Fredd, I am compelled to comment on this and your penultimate post. Firstly, your points aside, I saw the Newsweak article by Sullivan and a typical in-your-face attempt to grab the attention of its waning audience, staunch its hemorrhaging decline in readership, and secure its liberal readership with some of juvenile scream. Being too weary to even attempt to wade through it -- much less worry abut deconstructing whatever silly premise its author may have penned -- I passed it by for more compelling internet tomes on the best methods for cleaning septic tanks and how to procure canine fecal matter for one's compost heap.

It would seem that the liberal contempt for we in real and virtual flyover country is rising as their grasp on the tiller becomes tenuous and their misdeeds (articles like this and the incredible buffoonery that passes as debate moderatorship) rouse our ire.

I mean, irrespective of one's opinion of Newt's capabilities as POTUS and his awkward campaigning methods, it's quite instructive that these journalistic misdeeds would conspire to garner a candidate no less than three standing o's in two consecutive debates.

Tangential to this, I call your attention to the running comments on ANY internet article referencing Obama's [mis]deeds as POTUS. One is hard pressed to find even a smidge of support for this asss-clown save for that bastion of liberal insanity, the NYT. Even commenters in the WaPo articles evince a vitriolic hatred of this incompetent boob and his greedy, grasping WIDE LOAD FLOTUS main squeeze.

One supposes that this enmity will translate into broad (albeit surprising) support for any sane, competent GOP candidate this Fall -- if only they will cease the incredible circular firing squad they are now engaged in.

Anyway,hope this finds you well and I appreciate your visits to my almost-moribund site.

Hurry back, ya heah?

Excellent points Fredd and I agree, US dummies just don't have a clue, do we?

How dare we criticize Obama the Great, with the superb job he has done so far spiraling our national debt out of control.

Sure, we're the dummies, right.

Still, you're a Pac-12 guy and we hang together (yes, Pac-10 in the oh so recent future, but I recall a day when we were the Pac-8, that really dates ol' doddering Fredd, doesn't it...)

You obviously have not read the article, only the title -- or perhaps a paragraph or 2? And FYI: Sullivan did not choose the title, the mag did.

Beyond that, Lots of MISinfo floating around here.

It is safe to say that those of the liberal persuasion are much dumber.

They can't even fathom the principles of the framers or how badly President BO (the child president) has broken them.