Fredd's so evil, he wants old people to die... 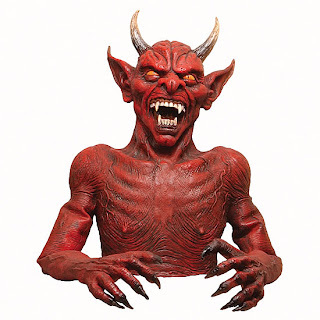 Yep, that's me.  Can't stand old people.  They should all just die.  And don't make me come by and pick up the bodies, as that is simply a bother I can't stand to contemplate, as I have many evil doings in the works that I have to attend to, and don't need such distractions.

Of course, this is nonsense. All of this is the spin that most liberals would have everyone believe, when I suggest that the enormous transfer of wealth from the young to the old via the brute force of a huge and malevolent government is unsustainable.  When I merely suggest this disastrous national policy needs change if we are to survive in the long run as founded, then the liberal long knives are flailing away at evil ol' Fredd.  What a monster I am.

One liberal moonbat referred to a piece I wrote last September titled 'We all know old people are parasites, but what about teachers?' (http://freddsez.blogspot.com/2011/09/we-all-know-old-people-are-parasites.html).  Of course the title is controversial on its face, and subsequently the moonbat takes that one sentence and runs with it, without reading a single word of the piece.  Based on that one title, this numb nutted idiot declares me a 'sick (f-word)' and accordingly discredits any opinion coming from my evil keyboard as thoroughly wicked, insidious and malicious.

Old people and teachers are very well aware that they are the beneficiaries of a public largess over the last 75 years that is boundless, or at least if they are being honest with themselves.   For me to suggest that this largess simply must end if we are to sustain our way of life as founded by the Constitution is not evil or uncaring.  It is an inarguable fact.  We can't continue to confiscate huge amounts of money from productive people and give it to unproductive people in perpetuity, especially when faced with a $15 TRILLION DOLLAR NATIONAL DEBT.  To continue this transfer, we must borrow 40 cents of every dollar spent to keep it up.

We can't keep it up.  It's impossible.

And of course saying this makes me an evil monster, according to any liberal asshat you talk to.  And I am not the only one saying this.  Take Governor Scott Walker (R-WI): he ran on the very campaign that I am pointing out, and won the governor's seat.  He enacted tough austerity measures (which were actually quite mild, if the truth be known), and the entrenched liberal 'takers' went nuts.  Absolute nuts.  They tried to stack the Wisconsin Supreme Court with some of their fellow judiciary moonbats to block his legislation.  That didn't work.  They tried to overturn the Nov. 2010 election results with recall election after recall election of Republican victors: that didn't work.  Now they are canvasing the state with petitions (signed repeatedly by Mickey Mouse, Al Capone and Michael Jackson) to force a recall election on Gov. Walker.

This will not succeed, either.  When you take away the money from these slacking non-producers that was confiscated initially from the producers, there will be hell to pay in all manner of skullduggery and thugishness on the part of the left.

But I am the bad guy, you see.  I point out the cold, hard reality of this unsustainable transfer of wealth from the haves to the have-nots and I am labeled as the devil incarnate, me and Governor Walker.

Terrific piece here, Fredd; you are SO RIGHT.
THe truth is there, any thinking person can see what we're facing, but instead of facing it, the left's in overdrive calling us names for having mentioned the unmentionable.

I keep wondering where American socialists/far lefties think the money's coming from now that they've borrowed us into oblivion and expect all the benefits to keep flowing. But, I'm evil for even saying that, I guess.

By the way, if you're anti-abortion, you hate women and are evil, too, don't you know.

Good for you, uh, er, I mean evil for you in standing up with evil ol' Fredd.

And yes, I must hate women too, and accordingly am evil in this regard as well since I consider abortion as first degree murder. Cold blooded pre-meditated murder.

PS> did I mention anywhere that I am 'old' as well? Or, at least, no spring chicken?

The younger generations have to pay the largesse for the elders, and when the elders croak, the gov't taxes the bloody heck out of the estate so the young'uns get almost nothing.

*That* is the evil in this equation.

So it's not just me?

I thought I wasd the only "grandma killer."

We must admit Walker is
exceptional; While Gingrich and
Perry failed to collect 10,000
signatures in six months in Virgina, Walker managed over 500,000 recall names in only two months....

Yeah Fredd, you should just support the continued government-sanctioned theft and the eventual bankruptcy of the nation. What kind of cold-hearted ogre are you?

Well you've seen my numbers before. I just had to do more because my MIL is having a fit that she might loose some of her SS and Medicare benefits. Gee. Well. I wish I medical benefits that's were going to have to reduced just a wee bit.

All I know is that a 79 year old woman who smoked her entire life can get over $100,000 of cancer treatment from the government to extend her life by "maybe 3-6 months" but if a 40 something woman who didn't smoke but was raising children was diagnosed with a life threatening illness she could actually recover from, she has to loose EVERYTHING she owns ... and still be denied medical help.

So ... I'm kind of wondering who the heartless bitch is, because I just don't think it's me.

I just wish that was ME shoving granny to her death in that Democrat commercial a while back.

Hint: State Farm. They're the best, but for health care, they are all the same.

This is what happens when you shut off the IV drip.

Add to that the left, that democrat party is at war with America these days. They are balls to the wall, and will say or do anything. Anything to demonize you, I, and anyone not in their circle of thieves.

An IV drip is an apt analogy. These lefties have more accurately a pipeline of confiscated cash (from US, the hard working private sector folks) flowing into their constituencies of ne-er-do-wells, moochers, freeloaders and flat out crooks (not to mention the pinko leaders themselves).

When we want to adjust that flow in any other direction than 'MORE,' the long knives come out...

Thanks Fredd, I meant it very specifically.

As one of those "beneficiaries" of the redistribution of wealth, may I say how much I agree with you.

The Social Security "benefits" I receive are pretty much a joke.

Not only that, but as I approach 70years of age this month, I still have to "contribute" to this miserable system through income tax, Social Security taxes and Medicare taxes where I work...in effect paying part of my own "benefit!"

To top it off, my employer must "match" that part of my income withheld for Social Security!

What might my salary be if we didn't have to do that?

The whole thing is totally ridiculous, and nothing more than the government's way of exercising power over its constituents.

I think we all know that Rick Perry is right: Social Security is nothing more than a Ponzi scheme, as the recipients really don't pay all that much into it in the first place.

You forgot to mention that you have to pay income taxes on your benefits, Joe.