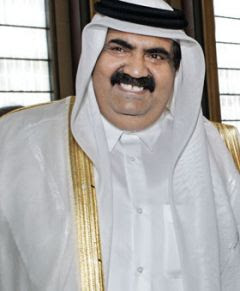 Since the discovery of oil in Saudi Arabia back in the early 20th century, there have been squabbles about all things oil and religion.  Prior to then, a small nomadic population had quasi-settled there in mostly inhospitable desert areas and nobody cared whether anyone in that region lived or died.

But things change, as we all know.  Oil is now the stuff that what we call modern civilization runs on, and we need it everywhere.  A few wildly rich sheiks, imams, sultans and shahs control most of this middle eastern oil, and keep the remainder of the population in poverty and at bay by pointing at others as the bogeymen who keep their people down.

Once Israel was created out of a largely empty desert near the Sinai peninsula in 1948, a godless hell hole with only a handful of Jordanian and Egyptian nomads seen here and there at any one time, now this ground is considered Paradise on Earth by those Jordanians and Egyptians' parents and grand parents who lie to their clans and falsely lay claim on these lands that they never lived on, ever, but perhaps passed through these lands on the back of a camel a time or two. 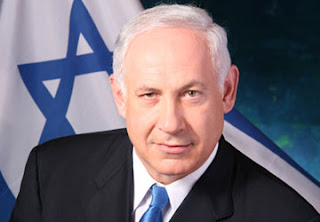 But so it goes.  And these misinformed 3rd generation Egyptians and Jordanians (now erroneously called Palestinians) are bound and determined to wipe any interloping and invading Jews (now correctly called Israelis) off the map, and no 'two nation' solution will do in the eyes of these misinformed souls.  Ever.

There is only one solution to this conflict: and this solution will work perfectly for centuries to come: either the "Palestinians" (or more correctly, Jordanian and Egyptian malcontents) must defeat those who they despise, or the Israelis must inflict utter and total destruction and defeat on their enemies.  The Palestinians must displace the entire population currently in Israel, or the Israelis must annihilate the Egyptian and Jordanian malcontents, along with the Iranian mullahs and their supporters, and throw in malcontents in Syria, Libya, Saudi Arabia, Iran, Iraq, Lebanon and a few others just to make sure.

Seems simple enough.  But there's always a rub: these Palestinians are weak, and have not the resources or technology to accomplish this goal.  But the Israelis are strong, and can wipe these Arabs and other malcontents off the face of the earth if they so chose, but the Israelis are showing considerable restraint.

But the Israelis will not show never ending patience with those who seek their destruction.  In time, their patience will come to an end, and some serious solutions will be in the works for one side or the other.

And I know who I am betting on coming out on top.

I remember reading about Mark Twain's trip to the area. He said that while riding horseback, they could go DAYS without seeing any locals anywhere. The region was that empty.

Yet somehow, now that Israel has turned it into a pleasant place, the Pali's think it is suddenly theirs. Piss on 'em, I say.

Exactly Fredd. One side must be obliterated before 'peace' arrives.
This will be never-ending.

You could write a book about the 'peace plan du jour of 2195' and be considered a prophet for being spot on. Throw some characters like hilrod and juan williams in there to really spruce up the story and the accliam.

Exactly as Twain saw it: a barren desolate hell hole prior to 1948.

The Israelis brought in people and resources from all over the world to improve this hell hole into a resort destination, and it is only NOW that these thieves (aka Palistineans) claim their ancestoral lands were stolen.

Complete garbage. I agree. Urinate on them. Or bomb them, either one.

This stupid cease fire acclaimed by Hillary Clinton is simply a break in the war to allow Hamas to retrench, re-arm and reload. I give this break in the action maybe two months before the rockets start falling into Israel yet again.

A couple or three weeks more, at best.

Joe: we'll see. You may be right, perhaps TWO weeks before the first rockets are launched.

But a LASTING peace? As they say in New Jersey, fuhgeddaboudit.