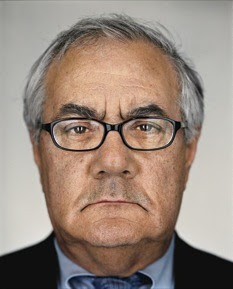 If you recall, prior to his scandalous sexually deviant behavior a few months ago that forced his ouster from congress, Rep. Anthony Weiner (D-NY) was the voice of the vicious far left, to whom all of the cameras and mainstream news reporters went for juicy soundbites that put Republicans in as bad a light as was possible.  And Rep. Weiner was also great to have as a guest on the Sunday shows and could always be counted on to shout down any opposition to the views and policies of his radical Left buddies on Capitol Hill.

Barney Frank (D-NY) was also one of the go-to guys on the left, and the venomous bile and invective Rep. Frank spewed to any microphone he saw was always greedily gobbled up by the mainstream media and put out as valid political expression.  Of course, Barney was a favorite on the Sunday political shows as well, shouting down and railing against any opposition to anything liberal he and his Marxist pals foisted on us.

Now Barney is hitting the road, no longer interested in re-election to his House seat, presumably to spend time with his children and grandchildren in his Golden Years.  Oh, that's right.  Barney's gay, and has not produced any progeny.  Thank God.

Much like his scandalous partner in New York congressional crime, Anthony Weiner, Rep. Barney Frank has also had his share of scandalous sexual deviancy associated with his lifestyle, if we all recall.  Remember way back when , Barney's 'partner' was running a homosexual house of prostitution out of Barney's residence.  New York voters didn't seem to mind all that much, and re-elected Barney about 12 times since then, so it can't be any big deal.

And of course who could forget Barney's blockage of any reform attempts by the Bush administration to Fannie Mae or Freddie Mac, categorically stating on the floor of the House of Representatives that both of these institutions were fundamentally sound, and that there was no need to make any changes to these solid mortgage lending programs.

That was before the 2008 financial meltdown, caused by mandated federal requirements against 'red lining' and forcing banks to give home loans to bums and scalawags who never intended to pay the loans back.  Barney made sure that Fannie and Freddie would make the banks whole by insuring that those two crooked institutions bought up the paper on those loans, and he personally nearly brought down the global economy when the sheer weight of these criminal loans crashed and burned in front of Barney's eyes.  As he looked the other way, of course, and blamed Republicans.  And fat cat bankers.  And everybody except himself.

We'll miss Barney's sound bites, and blatant lies and distortions.  And with any luck, his seat will be filled by a Republican, just like the deviant Anthony Weiner's seat was.
Posted by Fredd at 6:50 AM

No more Weiner
No more Frank

Sounds like the beginning of advertising jingle. Also no more Grayson. Grayson's name doesn't fit as well, but I don't miss him much, either.

New York voters didn't seem to mind all that much

No doubt they didn't, but Barney Frank's district is in Massachusetts. (Sorry for the nitpicking.)

The tragedy and scandal of Barney Frank is that he actually knows a great deal about the financial system. In other words, one can't put the blame on him for the usual political hack malady (extreme incompetence). The entire mortgage bubble was the result of a deliberate effort by left-wing congresscritters and bureaucrats to socialize the economy from the ground up. One of the architects of this effort was Rep. Frank. And it was all done under the noses of ostensible conservatives (from 1998 to 2006) who did indeed suffer from the usual malady.

Throw in the cronyism and the sex scandal, and you have a disastrous tenure in Congress.

Yes, you are right, I got his state wrong on several occasions. It's just that his speech impediment led me to believe he was from the Empire State.

Good catch. He's still a major league pus bag, though, regardless of geography.

He's still a major league pus bag, though, regardless of geography.

Barney represents (badly) Boston, MA not NY. Barney blocked any and all reform of Fanny & Freddie (the financial firm-not the queers living in Cambridge).