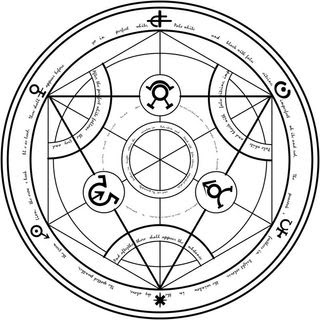 These days, we all hear a cacophonous harping from liberals that we need to focus on exchanging our energy sources away from the evil polluting carbon based 'fossil fuels' and into earth and Gaia friendly renewable green sources of energy.  You know, the stuff of liberal dreams: wave power, switch grass, solar, wind, and the great achievement of the Left: vegetable oil powered VW microbuses.

The left wants no part of that vile, evil carbon based fossil energy anymore.  They say it produces greenhouse gases that are killing us all.

The Obama administration is acutely bent on chasing this ridiculous premise, and has squandered billions and billions of taxpayer dollars towards the promotion of these hopelessly futile green energy projects.  Solyndra is only the poster child of this stupid and foolish chase of these dumb progressives of an elusive Utopian dream: an energy source that is 100% pollution free.

Physics doesn't work that way.  God doesn't work that way.  We can't pave a path from here to utopia that is downhill both ways.  We can't eliminate the up hill side of physics, namely that for every action there is an equal and opposite reaction.  Liberals wish it weren't so, but the laws of God and physics simply can't be undone, or worse yet ignored, not even by the president of the U.S.

Oil, coal, natural gas, uranium, plutonium, and good old fashioned wood:  all of them great sources of energy.  To harvest the energy from these materials, we have to light them on fire or otherwise raise their temperatures.  Accordingly, the bi products of these chemical reactions are various pollutants in the form of hydrocarbons or radiation.  We need the energy it produces, but we don't like the 'smoke.'  Duh. And we should be more concerned about limiting the pollutants generated by fossil and nuclear fuels with research, without limiting the necessary production of  needed power.  A burgeoning economy needs to accommodate an acceptable yet limited amount of pollution: this is basic economics.  To seek 'zero pollution' from energy production is a fools game, and is simply not physically possible.

There is no smokeless fire.  There is no radiation free nuclear energy.  There is no free lunch, as the late great Milton Friedman constantly reminded us.  There is no such thing as a perpetual motion machine.  There ain't no such thing as cold fusion, and never will be.  I will be the first to admit that I am no nuclear scientist.  But a basic understanding of chemistry necessitates that separating the two hydrogen atoms from the bonded oxygen atom in a single molecule of fresh water requires enormous amounts of energy: heat. And producing such heat will generate some kind of 'smoke,' or pollutant in one form or another.  Chasing this dream of hydrogen power without pollutants of some kind just will not happen under any circumstances.  In other words, the liberal Utopian dream of filling our fuel tanks on our 'green cars' with simple water and getting a few thousand miles per gallon from this 'pixie dust'  is never, ever going to happen.

But liberals insist that we can produce energy without the equal and opposite effect of an undesirable and offsetting bi product.  These liberal idiots of today are chasing dreams.  Utopian ideals that will never come to pass.  Much like the alchemists of a thousand years ago, trying to turn lead into gold.  And ignorant governments of many nations of long ago pursued this stupid and elusive goal of chasing an unachievable alchemy dream for generation after generation: all with no success whatsoever even to this very day.

We will never see any viable 'green energy' that will lift a Boeing 777 even so much as an inch off the ground.  That feat requires oil.  Or perhaps uranium.  You know, a real live existing source of proven energy in the real world of today.  To think that we can generate our nation's power with only the wind, the sun, the ocean waves, or vegetable oil is the dream of naive children.

Science says it can't be done.

God says it can't be done.

But this still wont' stop today's stupid liberals from commandeering our tax dollars in their fool's errand of this modern day alchemy: chasing viable green energy that will completely replace fossil fuels is no different than trying to turn lead into gold.
Posted by Fredd at 9:56 PM

Yes, there is a down side to everything, and life is full of trade-offs.

When will progressives drop their belief in fairy tales and embrace this fundamental truth?

Progressives will never stop believing in fairy tales. They are forever little kids who believe in the tooth fairy and Santa Claus, and of course the Great Pumpkin.

And they will waste untold gazillions of tax payer money in the research and devleopment of 'pixie dust.' Now that stuff, that can get those Boeing 777s off the ground, if we only throw enough money at the Pixie Dust Initiative....

Fools. Dolts. All of them.

Excellent Write-up Fredd. Push the blue button the yellow one comes up, push red, and green pops up.

When something does become viable, meaning that private enterprise ill be able to profit off it and the price of it will be economically feasible. (I wouldn't mind paying a "Little" more for it), then I don't mind a little government intervention push.

All of this will never be anything more than supplemental energy sources.

They built a baseball and running park and firehouse next door to the company I work at, that has solar panels. I'd like to see the numbers in terms of how much electric they get from the cells vs the land lines.

But I will say that the Thorium Molten Salt reactors hold great promise. Extremely little radioactivity, zero chance of meltdown. They actually built them in the 60's as a prototype.

The main reason we don't use them is because the fuel can't be processed into weapons fuel. I think our nuke sites are at least one source of fuel for our weapons programs. Else-wise, this is what we want. Thousands and thousands of them. It's almost like getting energy from Unicorn poops.

As far as government investment into 'green energy' it has all been oblabber giving our money away to criminals who were large donors to his 08 campaign. Simple and disgusting payola chicago style. Every freakin dollar.

brilliant analysis Fredd...and yet they are pushing it foward full steam..it is frightening to see how much power the Libs yeild..Heaven help us all! hope you are having a super weekend my friend~!.:)

OH, gad, Fredd, NOW you're in trouble! NOW you run the risk of a liberal coming to tell you that you don't want clean air and oceans and, oh, by the way, you just HATE TREES :-)
There's no discussion.

It's their way or no way and they're intent on everything Kid's second comment says; payback.
Those stories of Obama's screw ups with Solyndra? GONE. sshhh, the media's got it hushed up.

Have a good Thanksgiving

If it falls through both of those convincingly, I'll be back short. Probably using DUST which is a short on the miners.

I am patterning my DZZ purchase after watching gold act similar to its path in 1979 - 1981: Jimmy Carter dithering, stumbling and bumbling and gold skyrocketing during all the chaos. Then Reagan marches in, and gold comes back to earth.

I expect that after President Gingrich's first year, gold will be around $900/ounce, and then I sell my DZZ.

Got ya Fredd. I expect to be even shorter term than that. Depending on how gold acts, and I just don't have the patience. :)