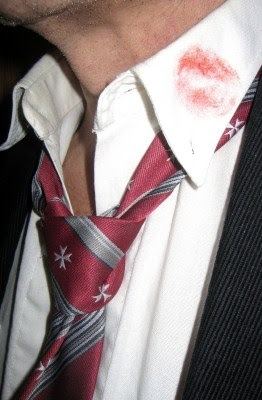 Call them heels. Call them cads. Call them low down, dirty dogs. Men who habitually cheat on women are called many things, these terms among them. And Barack Obama has the same regard for his supporters as a cad does for his steady (or so it seems) love interest: tell them lies as to where you were, who you were with, what you were doing,....and on and on. And of course, he will promise the earth, moon and stars to any naive young thing that pines to believe such a cad. And these promises never come to pass, but the naive young thing will stay with the cad, hoping he will change.
Heels will lie, cheat and manipulate any and all things pertaining to their indiscretions. They will enlist the help of collateral parties to provide cover. They will swear to God in Heaven with their hands on the Holy Bible that they were not doing what we all know what they indeed were doing: cheating.
And heels don't just get caught up in the heady emotions of any single tryst: they do this over and over and over again. And even when they are caught red handed, they will lie like dogs, and suggest that you not believe your own lying eyes.
And such is the track record of Barack Obama. He promises anything to anybody stupid enough to believe him, and subsequently vote for him. Once he has their vote in his back pocket, on to the next stump to lie and over-promise to the next batch of stupid idiots who yearn for his soaring, yet hollow rhetoric on how he can deliver Heaven on earth, and have it paid for by everybody else except the crowd he is in front of at the moment.
Once Barack is safely seated in office, those promises and lies are forgotten, much like the heel totally blows off any expectations of fidelity from a committed relationship. Cads and heels do what they do without any regrets, shame or hesitation. Most of the women that are involved with cads still remain with them even in the face of blatant infidelity, and sincerely expect the cad to change his ways, as he always promises to.
It doesn't say much about the intellectual make up of the love interest of a cad to continually take this kind of emotional abuse, does it? And analogously speaking, it doesn't say much about the intelligence of a Barack Obama supporter, either.
Posted by Fredd at 9:21 AM

There is that element that blindly follows, but I'd say it breaks down something like this:

Some percentage of independents who really thought obama would 'change Washington'. I believe a lot of these people have fallen out with the lying imbecile. I'll tell you one thing, I see a Lot Less obama bumper stickers. ala Jimmy Carter.

Some percentage of kids who are dumber than sawdust. These are the ones who howl like monkeys at 'Memorial Events' in Tucson at the very sight of this idiot.

I know some liberals who voted for him knowing he'd put the most far left SC judges in place. They think 'liberal' means more freedom. It means the opposite. Watch how Sonia and Elana vote to take your freedoms every chance they get.

It's hard to understand why blacks vote for liberals in such huge numbers. And Obama is just another run of the mill hard core liberal, just a bit more of a smooth talker, but a liberal is a liberal.

My lack of understanding stems from the obvious squallor that the majority of black families now embrace, and how they can tolerate it. Election after election.

Ditto Fredd, I do hear many more voices from within their own people though pointing this out.

The Dem keep the blacks through Fear.
F they're evil.