Obama: our weakest president ever? 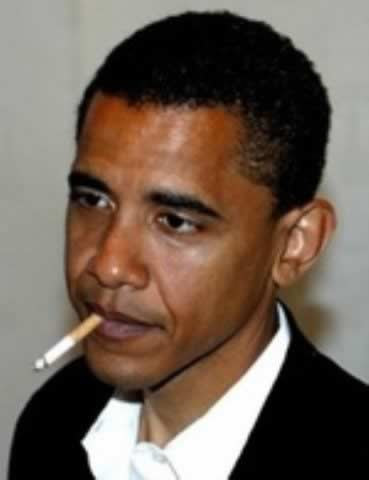 In the good ol' days, when an enemy declared war on the U.S. or in any way threatened our national interests, whether it was the Barbary Pirates during the Jefferson administration, Spain during the McKinley administration, or Germany and Japan, during FDR's administration, whoever was in charge at the time (the President) would take care of business.
In the good ol' days, when some foreign power(s) got uppity and took actions contrary to American interests, the president at the time, whether Democrat, Whig, Republican, whatever, mustered the troops and got the job done to ensure whatever uppity enemy stopped doing whatever they were doing that we didn't like.
Not so, with this administration, or lesser to the point, with the last three Democratic administrations. Recall Jimmy Carter dithering and wringing his hands when Islamic revolutionaries overthrew the Shah of Iran (owing to Jimmy politically throwing the Shah under the bus beforehand) but doing absolutely nothing against the Iranian revolutionary thugs when they took over our embassy in Tehran for over a year.
Recall the next Democrat to take up the oval office: Bill Clinton watched with little or no interest as Islamic terrorists blew up U.S. interest after U.S. interest as he sat on his hands. Well, he did launch a missile at an aspirin factory in Sudan, and we all saw the impact of this bold move: bumpkus.
And now we have Julian Assange, the pusillanimous weenie who has declared himself an enemy of the U.S., dumping massive amounts of stolen classified documents onto the Internet via his Wikileaks site and Barack Obama has his lawyers write some harshly worded dispatch requesting that this enemy cease and desist.
In the good ol' days, America took care of threats with bombs, missiles, tanks, machine guns and battleships. Now, we respond to threats to our country from abroad with harshly worded letters from really mean lawyers. I'm confident that Julian Assange is quaking in his boots with the prospect of facing another volley of harhsly worded letters from Obama's pit bull attorneys.
.
How pathetic America looks to the world right now. How utterly helpless and feckless we appear on the national stage as this man-child president pleads for this criminal to go away. Fat chance, with this administration and its total weakness of policy and lack of political will to do something about this menace.
.
In the good ol' days, all of the past presidents (excepting all Democrat presidents from Jimmy Carter forward) would have made a pipsqueak threat like Assange disappear with little fanfare. His atoms would be dispersed to the four corners of the earth, never to materialize in this life again.
But with this weakling in office? Nope, Barack Obama is arguably the weakest president that Americans have ever put into the Oval Office.
Perhaps a constitutional amendment barring Democrats from holding the presidency would be in order. We should never be put in this weak position again.
Ever.
Posted by Fredd at 7:31 AM

We do not need another amendment.

We already have a Constitution and if followed and upheld this enumerates how Hussein would have been prevented from holding this high office in the first place.

As to preventing democrats in general from high office, well Hussein's actions and inaction alone will provide that remedy in of themselves.

Even though I threw that amendment suggestion out there as a throw-away side thought, you are right: we can't legislate our way out of this mess Obama has exascerbated.

How can we ensure that the American voting public will not again fall for the next Elmer Gantry-esque figure that comes down the pike? One that is nothing but lies; a fascade of a figure that more closely resembles smoke than reality. The first decision or crisis that comes down the pike, and the smoke-like persona dissipates, and the crisis remains, the decision not made. Or worse, a bad decision is virtually guaranteed.

I still have to lay a lot of the blame at the feet of the American voter. We all knew this guy was a cowardly piece of lying shit, but so many believed his sweet nothings during the interminable campaign of 2005 through 2008, we get what we paid for.

Fancy the content I have seen so far and I am your regular reader of your blog.

I am very much interested in adding http://freddsez.blogspot.com/ in my blog http://the-american-history.blogspot.com/.

I am pleased to see my blog in your blog list.

Hope to see a positive reply.

Thanks for visiting my blog as well !

Waiting for your reply friend !!!!!

obama hates America and he loves the idea of this wikileaks thing.

You would think he would at least try to hide his disdain for the US just a little, as this pipsqueak Assange is really making him look bad.

And I don't think Obama wants to deliberately look bad.

President Carter is now the second-worst president in history.

While I cannot speak critically of my commander in chief, I can certainly speak out about the idiots that voted for him. You ask about future elections, and I remind you that the sheeple will continue to vote for those that promise the biggest handouts. We're doomed, I think.

Just John: I sympathize with your pessimism, but I think the grown ups are taking over, starting a few weeks ago.

The handouts will start drying up, just ask Chris Christie.

Just John: I sympathize with your pessimism, but I think the grown ups are taking over, starting a few weeks ago.

The handouts will start drying up, just ask Chris Christie.

There was a day when America was feared in the sense of being highly respected. President BO has seen to it that those days are gone.

I must admit that he is not alone in this endeavor.

Carter, of course, helped the cause a lot, making America a laughing stock.

Bush started off good, but by the end of his presidency, we were beginning to drop further.

BO had taken us to an unimaginable low.

Fredd, I just noticed I didn't have you in my great reads list. I just put ya there.

But with this weakling in office? Nope, Barack Obama is arguably the weakest president that Americans have ever put into the Oval Office...your'e spot on and we are reaping what these tryants are sowing!

Unimaginable low. That is, sadly, a reality. Whodda thunk that Venezuela would be laughing at us just a mere 4 years ago?