Poor little Taylor Swift, so misunderstood by the Great Unwashed. 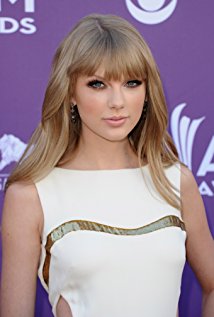 Yes, us dirt people (you know who you are) don't care much for yet another Hollywood-type weighing in on the American politics that she really doesn't understand, not at all.

Bashing poor little zillionaire Taylor Swift is pretty easy: now that she's decided to weigh in on the side of evil rather than with the good guys, she's fair game.

Let's look at the pluses and minuses, shall we?

Pluses: she knows how to convert her singing talent (what there is of it) into cash, and she's pretty easy on the eye, and uh, don't tell me....uh, well, that's about it.

Minuses: she has only one thing going for her, looks.  Musical talent?  In my opinion, not so much, all her stuff sounds the same.  I'm not even convinced that she writes it herself. She has spent much of her energy in life working on her looks; make up, work outs, diet, more make up, that's all she knows.  Education?  Home schooled, tutored, barely eked out a high school diploma.  So her education is not something she can fall back on, although that's not a biggie; her net worth is somewhere north of $300,000,000.00, but this lack of education has not really prepared her for her foray into the public arena of ideas.  She's out of her league, has never really had to deal with any negativity in her life, other than a stalker or two and Kanye West, whom she hates, and who hates her back.  Good fodder for the tabloids, though, this little kerfuffle.

She's another one of those who think open borders/no wall is a good idea, and yet she herself lives behind a fortress (or two) with 20 foot walls, and likely moats.  With crocodiles.

She's not keen on people owning guns, but she herself is protected by a battalion of body guards armed to the teeth.  You know the type: OK for me, but not for thee.

She's perfectly fine with all of us dirt people driving around in Priuses, or walking; saves the planet, you know.  She, on the other hand, flies private jets, takes stretch limos everywhere, and has about 8 houses.

Just what we need just in the nick of time: yet another Hollywood liberal weighing into the issues of the day, one who has no clue as to how Americans think and live.

Welcome to the party, T-Swizzle.
Posted by Fredd at 9:33 AM

Her biggest talent is self-promotion. I've read that she handles the majority of her promotion. Whether that's true or not - I have no idea. Her songs are juvenile and her singing is nil. If it wasn't for auto-tune, she would have no tune at all. I don't even find her very attractive.

THAT ABOUT COVERS IT.!

Adrienne: yes, like I said; she knows how to convert whatever talent she has into cash money. Self promotion is a subset of that, and she's got that more than covered.

And yes, her songs are juvenile, but then again she has no life experience to draw from, other than her forever juvenile life. She can carry a tune, but her voice is not what I would call exceptional, not even slightly trained. You would think that she would hire a voice coach, and maybe pick up on even a few of the tricks of the trade.

Adrienne: she's a good looking woman. Go ahead and conduct a poll, see how many people you get to say she's average looking. That's much like saying Paul Newman wasn't much to look at back in the day. Or George Clooney. Lots of folks would disagree with you.

But beauty is in the eye of the beholder, or so they say.

I don't care for her, talent or looks.
Thing is, if we spent half as much time promoting the good people as we do bashing the misinformed, who knows what would come of it...

Brig: bashing the misinformed is way more fun than promoting good people. Besides, if they are all that good, they should be able to promote themselves rather than count on us bashers to get ahead.

I hear tay swif is marring bradley manning next week.

Either way, I think you heard wrong, Kid. T-Swizzle doesn't associate with scumbags, for the most part: bad for her image, and she's all about image.

I've never watched her or listened to her. Did see a meme on FB, a purported KFC reader board,

Fool: I don't do Facebook, sold my FB shares at $172/share, after their skulduggery and shennanigans with their users' data came to light.

Bought the shares at $38, when they did their IPO. I did OK.

Adrienne makes a really good point, Taylor flies on auto-tune. That doesn't say much for her talent but she is an incredibly rich Millionaire Socialist. So she's obviously good at making money and, be warned, at inducing migraines. Look into her self-promoting little eyes, I dare you.

Pastor: I have no clue what auto-tune is, since I don't get out much.

Sassy: she sure has a lot of followers who don't agree with you, though. ME, I can take her or leave her. For a dumb Hollywood type, she's pretty typical.