Life in Florida: expect lots of wind and water. Count on it. 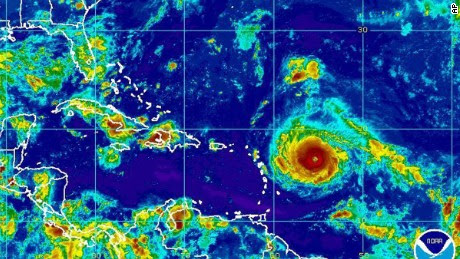 Hurricanes and Florida go together like peanut butter and jelly, sumo wrestlers and all-you-can-eat buffets, Democrats and corruption.  The U. of Miami even calls their sports teams the Hurricanes.

If you choose to live in Florida, you can count on rebuilding your destroyed house at least once, if not more.  Count on it.  Either the hurricane force winds will flatten you, or the ensuing flood/storm surge will swamp  you.  Or both.

And yet people living in 'America's Friendliest Home Town', 'The Villages,' all live in cheap double-wides, which can't even stand up to a 75 mph gust, much less stronger hurricane force winds.  What's up with these people?

With the latest hurricane (Irma) predicted to tear through the middle of Florida, starting at Miami and heading north, the news media can hardly wait to film the carnage this latest maelstrom will bring.  These vultures will glom onto the many sob stories of poor schmucks losing everything, the tears rolling down their cheeks, clutching to their wedding photo album; the only thing they could save when the Cajun Navy comes by in their air boats to save them from drowning.

I don't get it.  Live in Florida, and get hammered by a hurricane. It's like the sun coming up in the east and setting in the west.  It occurs so often, you can set your watch by these monster storms' arrivals. And yet these poor fools are shocked...SHOCKED!!!...that their lives have been devastated by Mother Nature.

Recommendation to people who insist on living in Florida despite the well known hazards of constant hurricanes: don't live in double-wides. Build your home above the flood plain, probably 'stilts' are in order. Frame your stick-built homes using steel studs, not southern yellow pine studs.  Use masonry (bricks) for the siding, not vinyl.  Build your roofs with ceramic slate or metal, not flimsy asphalt shingles.  Don't plant big trees near your house that can get blown into your bedroom.

In other words, use your brain.  Don't be an idiot who makes the 6 o'clock news, getting interviewed by Matt Gutman wearing virtually everything you now own: a wife-beater T-shirt, camo shorts and flip flops, with tears flowing down your face.

On the surface your advice sounds harsh, but it's no more than common sense, which seems in short supply these days. Yes - a double wide in Florida makes zero sense. On the other hand, if one were to think of the double wide as a disposable house, it makes sense. Say you spend a hefty sum of money to make your house as hurricane proof as possible and it still gets blown away - it's a big loss. If you have a less expensive (although some double wides are darned expensive) house and it gets blown away it becomes an "oh well."

I live in a double wide and if it was blown away I assure you I'd just shrug and move on. I would however mourn the loss of my expensive LeafGuard gutters which are worth more than my house. ;-)

Adrienne: I spent a great deal of my adult life working in the modular building industry, and when I say 'double wide,' I simply mean a modular building, which initially rolls onto the building site on wheels. Modular buildings are only attached to a foundation at best with nuts and bolts anchored into the footings, and even with additional 'hurricane straps', which are augured into the ground, the best wind rating any of these things will ever get is 85 mph.

In Florida, 85 mph is merely a windy day.

But you may have a point: some double wide dwellers keep their irreplaceable stuff in safe deposit boxes, and the stuff they have in their double wide they plan on writing off, and budget for a new double wide every ten years or so. Not exactly the way I would go through life, but I guess some folk are OK with getting wiped out periodically and figure its just another day in the life.

When we bought our property it came equipped with a new double wide. If we had thought it through better it would have been sold and hauled off and we would have built a nice small home. The fact is, we didn't think it through and now at almost 73 and 72 we've quit caring. It's still worth over 150K more than when we purchased it, but I can guarantee you whomever ends up with it will sell it because they thought it through. Our most valuable possession is my jewelry and that can be dumped in my purse and because it would take too much time to rip down those overpriced gutters. :-)

Adrienne: double wides start getting pretty ratty after about 25 years, regardless of the maintenance you dump into them.

They are built just sturdy enough to get down the road. They are not built to withstand the ravages of time. There are some that are better than others. If you look in your electrical panel box where all the stickers are, you can see what codes your unit was built to:

BOCA - the highest standard. It will hold up the longest.
ANSI - the standard in the industry, enough to get HUD off the manufacturer's back, but it won't do you any good 30 years down the road, it will just fall apart on its own.

Thanks for the insight on the ratings stickers, Fredd.

A couple of places we looked at previously in Colorado were "manufactured housing", and while some were pretty nice, some just gave me the creeps.

No hurricanes in Northern Colorado, but the occasional tornado will tend to shake things up.....

Dr. Jim: yes, the quality of manufactured housing is all over the place. Quite a bit of trailers being built in the midwest, mostly northern Indiana. The places to steer clear of are the manufacturers that do both manufactured housing and RV's. They are spread as thin as a sheet of onion skin with their resources to make their business models work. Accordingly they tend to scrimp on almost everything.

There are other manufactured housing companies that pump out great stuff. You can pick and choose what kind of structural standards you want, as long as you pay for it. Just because two units look identical from the outside, don't be fooled. It's what's underneath all of that T-1-11 that counts.

Kid: the good folks in Florida are in the majority, but there are always drifting, grifting low lifes lurking in places where it doesn't snow. Yes, a pox on these scumbags, they will get what they deserve.

Up north, the winters tend to cull the herd of these types, but not always.

That's what I noticed, too. Some were pretty well screwed together, while other looked like a high school shop project done without supervision.

Some had decent cabinets and fixtures in the kitchen and bathroom, while others had stuff that looked like rejects from the loss leader Home Depot category.

And it took me a while to find out what a "purged" title was, meaning that all the steel framework under it was removed, and the structure screwed down to the foundation well enough to remove the stigma of "mobile home" from it.

Still, I understand there are big differences between "mobile home" and "manufactured housing", but on a couple of them that line was pretty thin.

Never got the whole move to Florida thing.
Can't tell you how much I hate mobiles/modulars. Had to live in one for a short time when we were first married, and again in one cowcamp, told the Cowman, never again. And we never did after that. We lived in some pretty rough cowcamps over the years but the houses were always solid and had stood the test of time. Besides those mobiles are fire traps of the highest order.

Live in Florida and get hammered by hurricanes. That's the way things are. No, I would never live in Florida, either.

Or in a double wide. Too flimsy.

Just cash in some of that gold you bought for $1,900/oz six years ago or so, and rent an apartment - zero property taxes.

That, or just squat on some government land and put up a tent. Also zero property taxes.

Just here to help, Kid. It's just the kind of guy I am.

I used to be surprised at the number of double wides in Texas. I'm not surprised anymore, they come with the territory. Like mayo on a ham sandwich.

Reverend: sure, it's Texas, where nobody tells anybody else what to do.

a. you want to walk around downtown Houston after midnight, you are OK with getting stabbed or shot.
b. you want to walk into a biker bar and start bad mouth Harley Davidsons, you accept getting beat up.
c. when you move into a double-wide, you expect a hurricane or tornado to scatter all your earthly belongings to the four winds.