Rahm Emanual's free lunch for everyone 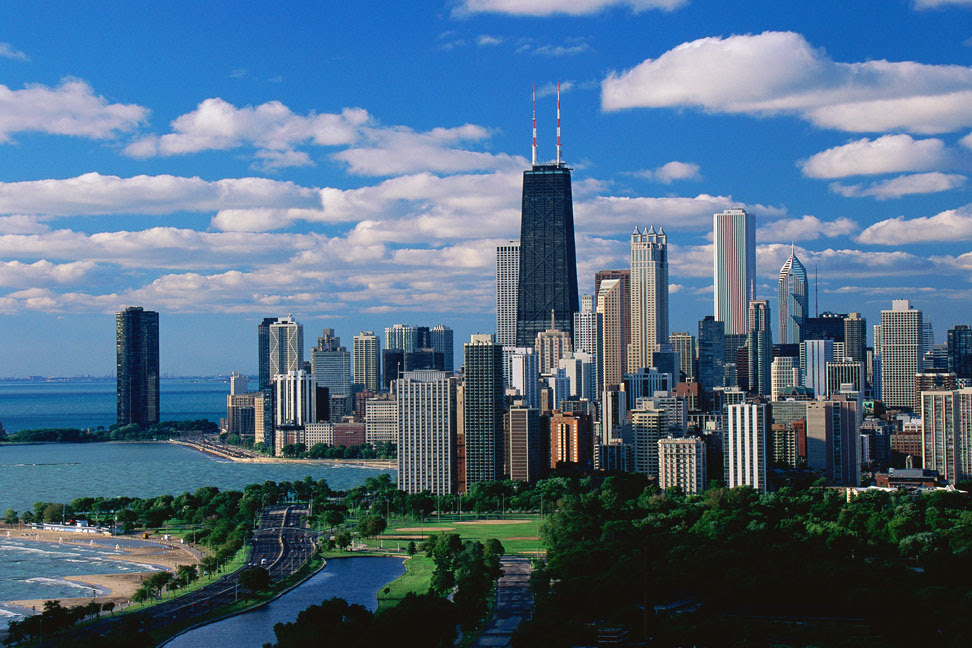 The mayor of Chicago, Rahm Emanual, has just announced an initiative that will provide the citizens of Chicago free junior college.  Just keep your high school grades up, and you're entitled to two years of college, all free.

The mayor assumes that having lots of his citizens with two year community college Associate of Arts degrees, all picked up by the taxpayers, will entice new businesses to swarm into the city limits in droves, and snap up all of these educated folks to work for them in a New York minute.

Fat chance.  Business owners are not stupid, Rahm.  It only takes a few key strokes to determine what kind of taxes they would have to pay if their businesses relocated to Chicago, and those key strokes would spit out the dismal facts in a New York minute.

Chicago is one of the highest taxed business climates in the country, just outside of New York and San Francisco.  They have a state sales tax of 7.25% tacked onto almost everything you need to buy in Chicago, one of the highest gasoline taxes in the country, an enormous property tax burden, a city sales tax of around 3% tacked onto the state sales tax, and Cook county gets its fingers into the till as well with a county tax to boot.

Nobody in his right mind is going to relocate to Chicago unless they get a monster sweetheart tax deal that exempts them from most of these taxes for a period of time.  Otherwise, forget it.

No business worth its salt is going to move to Chicago, Rahm.  The crime is out of control with one of the highest murder rates in the country, and the weather is just plain lousy, and add all those taxes to the mix, and this city is the last place on earth any business would relocate to.

And Rahm thinks giving away free college is the answer.  Think again. All that will do is suck more money from taxpayers with nothing to show for it other than a bunch of associate of arts degree holders (who majored in diversity studies and performance arts with a concentration in the art of mime).

No wonder Chicago is about as broke as any city in the nation. Their leaders have absolutely no clue as to what attracts businesses to locate there.  These leaders, including Rahm, are all Democrats and have been Democrats in power since the days of Al Capone.  All Democrats know about running a government is to raise taxes and ruin a city in the long run.  Just ask the good citizens of Detroit how things have worked out for them over the last 75 years of Democrat leadership.

It's only going to get worse in Chicago.
Posted by Fredd at 8:12 AM

My prediction is this starts with 2 years free for those with good grades and quickly devolves to 4 years free anywhere with any kinds of grades. Univs are only interested in the money let's face it.

The university process will cascade into yet another life sucking problem from hell from the massive influx of morons clogging the places up with no solution. America is being flushed.

Like every other community that offers a heavy tax break, the company comes in, makes a ton of money and leaves when the taxes come due.

Kid: I don't live in Chicago or Cook County. If you look at that famous red/blue map by county, you will note that 90% of Illinois is beet red. You know, the property owners, those responsible enough to do the right things in life. I live in one of those beet red counties. Still, the property taxes are astromonical, I'm not gonna die here, I am telling you that right now.

Much like California, also per square inch one of the reddest states in the nation.

Your prediction is spot on, and will sadly and undoubtedly come to pass. Universities have no concern whatsoever for their curriculum, only for tuition. Didn't use to be this way, but it is this way now, no getting around that.

Sig: there's no doubt you are right. Companies are not interested in paying a dime more in taxes than they need to, and they will cherry pick the best location to do business. Once that gig has been fleeced, it's on to the next state that offers this very incentive.

Everyone has seen this done time and again, with the same results.

The internet economy, which is accounting for more and more purchasing dollars means that you can put your business/factory anywhere. When you look at the California model, relocation is the name of the game.

Free bread and circus only goes so far and I think that the Chicago Dems have just about run out of rope in terms of deciding what to offer.

LL: Dems running out of rope - you would think. Or hope. Regardless, Dems have been running Chicago this way for approaching 100 years now, and the voters, while getting hammered with all of these taxes, keep electing these dopes.

Until recently, the two main viable contenders for mayor of Chicago were both Democrats. No Republican anywhere on the horizon.

One Democrat (Rahm Emanual) was left with digging Chicago out of the mess that the Daley clan left him, and had to close a ton of public schools and do some stuff that Dems hate to do, but he actually did the right thing. And is now hated for it.

The other Democrat, who dropped out because of a brain tumor, (Karen Lewis) was the outspoken popular teacher union boss who promised to undo all the though love Rahm was forced to do.

I can't tell you the business or the situation, but Mr. Z was hoping to get some big, pricey business in Chicago until he was practically asked to be a high priced pimp and add huge percentages to the bids he was to give.
He left. Never turned back. And didn't care he'd missed the business he could have had.

Mr. Z is not alone. I wish there was a way to document all of the lost business and waste due to the fraud and criminal enterprises that go on in Chicago.

And the waves of people that are leaving, not coming to Chicago. Rahm is fighting against the tide, and he doesn't even know he and his ilk are the ones creating that tide that he seems not to want to fight against.

He should just ask me what the deal is. I would be glad to fill him in.

I have always considered that Chicago politicians (and the community organizers and ward bosses) were only interested in using those offices for the purpose of enriching themselves. I'm not saying that doesn't happen everywhere (in the world) but in Chicago there never seemed to be any pretense that it was not thus.

You are exactly right: Chicago politicians operate their skullduggery virtually out in the open with no shame.

When former crooked Gov. Rod Blagojevich was nabbed, his defense was that essentially the shake downs and corrupt things he was doing was the way things have always been done, are done and will always be done in Chicago.

He was truly mystified that his crooked ways were deemed to be crooked.