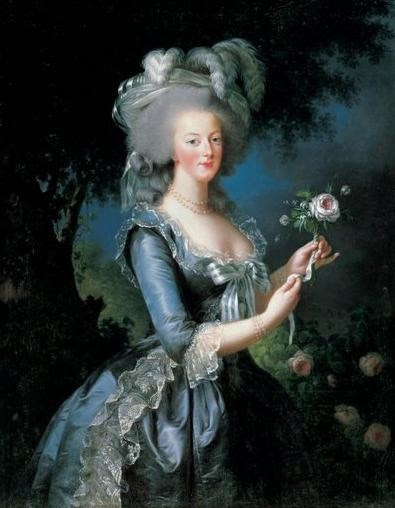 Is it possible that our Democrat leadership in the White House and in Congress can get any more arrogant? No, that is not possible, as their hubris allows them to thumb their nose at the overwhelming opposition by the majority of Americans who abhor their lunatic lunges towards socialism, because they truly believe they are smarter and more 'well born' than the rest of the Great Unwashed in Fly Over country.
We're all just too dag nab dumb to understand how great this country will be with the government running every aspect of our lives. To our elite Democrat leaders, we simply can't manage our affairs 'correctly' without their help. And, like little kids who whine about taking their cod liver oil, Mommy Pelosi will just ignore our caterwauling and jam this stuff down our throat because she truly believes she knows what's best for us.
When Speaker Nancy Pelosi (D-Mars) was asked about the constitutionality of requiring Americans to buy anything, such as health insurance, she looked at the questioner and simply said, 'are you kidding?', and promptly dismissed the question. At a recent press conference, Pelosi was asked about Obama's many and repeated promises to publicly air congressional debates about health care reform legislation on C-Span, and she arrogantly dismissed the question with a laugh, stating 'there's lots of things said on the campaign trail...'
In other words, 'let them eat cake.'
Rather than go into the tedious details of the last arrogant, elite woman who supposedly uttered that sentiment (Marie Antoinette, wife of Louis XVI of France pictured above) to a growingly hostile population to their tyrannical and indifferent regime at the beginning of the French Revolution, let's just say that the commoners wielding pitchforks and torches found that suggestion offensive and arrogant, and in 1793 it ended somewhat badly for her.
November 2nd, 2010 is just around the corner, and while I would be exaggerating to compare it to the guillotine for these guys, I can tell you that the Zeitgeist we all feel today will result in their liberal heads rolling at the ballot boxes in November.
Posted by Fredd at 7:03 AM

She is an ignorant woman. A voracious id-driven hunger for power and a ruthless willingness to trample all in her path seem to be all that can explain her political success.

She's not a thinker, that's for sure.

You slammed her good, Fredd!

Silverfiddle: how is it possible that she is reelected time and again, when what you say is understood to be true by virtually everyone with half a brain?

Are San Franciscans that stupid? I have to conclude that they are.

I would venture to say the majority of Californians are exactly that stupid, it is not reserved for San Franciscans alone.

Well, they do live in San Francisco...

But I admit that I'm biased. I'm a San Diego girl myself.

Christopher: based on the state of the CA economy, I would say you are probably right. I used to live there, too, and my thinking back then was pretty hazy.

Must be the water.

I used to live in Orange County (Huntington Beach), not too far north of you, and there were plenty of Jeff Spicoli wanna-be's to go around everywhere you looked.

(if you are not familiar with the cult flick 'Good Times at Ridgemont High,' Sean Penn played the ultimate Valley guy stoner Spicoli who represented the general population of Southern California. Pretty good flick, you should see it).

The couple that let Bubba have it, about the special forces guys in that hotel-you let those boys die.
Clinton nodded with a turn of the head to their dir. And they were handcuffed and hauled away.
Don't tase me bro, is what I expect to see more of with this Pelosi crowd. When the tough questions start to fly- a nod in the dir. and off we go.

no they cant any more arrogant!

I've been reading your comments on other blogs and I just wanted to pop over and say hello to someone that I agree with and respect.

You are too hard my friend...its obvious that she suffers from a bad case of "Cszrnko's Syndrome" or as the "P" man would have simply said..."She's a Cake-eating Bitch".... Naww.... all she needs is a good man; another thing the Democraps are sorely short of. Dabid de Banica

Joe! I appreciate your kind words, and I am guessing that you, I and a few million others agree on some if not most of our opinions.

Despite what you hear Diane Sawyer on ABC News say.

Ha, ha. Yes, I forgot about 'the cake eating bitch,' which now would play right into my Pelosi spiel here.

And Red Nancy already has a good man (at least according to their accountant). That guy owns so many vinyards that it would take a recon team 72 hours to circle the perimeter - using HumVees.

You should consider starting a blog, DabiddeBanica: it's cathartic.

PS> DabiddeBanica: you could name your blog 'Sleeping Bag Inserts, and other Irritants.'

In Pelosi's case, Fredd, I think they need to bring back the guillotine. The nerve and lies of this harpie are just mind boggling. She should just go back to the swamp and stay there.

Bunni: 'harpie?' A bit harsh, no? I would have toned it down a bit with perhaps 'crone' or 'hag.'

The Republican party needs more Scott Browns.
What this shows is that there is no such thing as a "safe seat". The People are outraged and aren't looking to party leadership to fix the situation. The RNC needs to make sure they encourage Constitutional Conservatives to run in every race. 2010 is about doing the will of the People. If the RNC is smart, they'll make sure their candidates meet and understand this, then stand back and not screw it up.

Obama's numbers would be a lot worse with an objective media and without his person likability.It's probably what people sense about Obama that's killing him. He always seems to press the wrong button.The slide really started over beer-gate.This was a huge unforced error that defined Obama as a person for a lot of people.The over protection of anything Muslim,isn't doing him any favors. People want a staunch American president,not a world president. He has sold us down the road all around the world. In fact there's so many problems with Obama it's almost impossible to focus on one before another one pops up. If it weren't for his ( predigest) high numbers in the African-American Community who overwhelmingly approve of the job he is doing, he'd be holding a 20 percent approval rating right now. But, if the truth be known, less than 10% of those African Americans could identify Harry Reid, Barbara Boxer, Arlen Specter or Newt Gingrich, and most believe that *hope and change* means more money or new cars and lottery tickets for welfare recipients.
The worst part of the legacy of possibly the worst president in history is that, though Americans proved we are overwhelmingly capable of electing an African American president, he's made voters so leery that it's going to be a long time before another black president is elected again.

Fredd~ The arrogance could get a lot worse. If Scott Brown wins tomorrow, & the Dems try to delay seating him; if they try to ram through the Senate bill w/o no reconciliation to the House bill; if somehow the dead/dogs/children/illegals/non-MAresidents/kittens all get to cast their vote...Let every vote count, right?

If the Dems do all of that skullduggery, you would have to look on the bright side: it would comletely destroy the Democrat Party as we know it.

Scott Brown (R-Ma) will win today, likely be seated quickly, join the Republican filibuster and kill the bill we all hate.

is that in the dictionary under "politician"?

thanks for stating the truth!

Journalizer: Perhaps in the Funk & Wagnalis as 'liberal politican', but some of our conservative leaders are a bit full of themselves as well.

They should all get pick up trucks, like Sen. Brown (R-MA), perhaps humble them up a smidge.