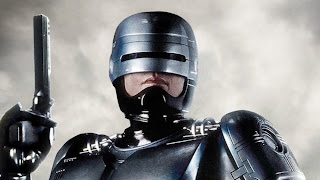 Just this weekend past, there were 70 shootings within the city limits, and 12 of those shot died.  In any other setting in the world, this would make news, headlines above the fold.

But not in Chicago, no way.

Just another day in the life (or death, depending on one's political point of view).  The victims' loved ones in these war-zone neighborhoods on the west and south side of Chicago demand that the shootings stop.  And how are these demands responded to?  With a hail of gunfire from gang members killing each other and anybody within range.  In other words, these demands fall on deaf ears.

Chicago Mayor Rahm Emanual (D-Clueless Town USA) gets in front of his microphone and tells these killers 'stop it, you guys.  You are immoral, you big stupid evil meanies.  Stop it right now, and I mean it!'  And there you have it, ladies and gentlemen; Rahm did something about the violence.  That ought to get him re-elected, yes siree Bob.

You would think that the citizens of these beleaguered Chicago neighborhoods would figure things out by now.  Their city has been run into the ground by Democrats and only Democrats since the days of Al Capone, and even before that.  And yet they re-elect Democrats time and time again, and expect change.

As they say, you get the government you deserve.  Donald Trump has suggested that perhaps an outside show of force should be deployed to the Windy City, maybe the National Guard.  No takers on that suggestion has been seen, however.  No, the killings will continue unabated until....until when?

These killers are all known to the authorities.  Every evil one of them.  But nobody in Chicago seems to want to go and get them off the streets.  How about this: send in 10,000 troops, maybe more, give the military commanders the known list of killers, and then go take them off the streets?  Either arrest them, or kill them.  You know, as Robocop once quipped, 'dead or alive, you're coming with me.'

How's that for a solution to Chicago's problems?  Nah.  The City of Chicago likes the mantra of 'Murder City.'  They must, because the status quo seems to be the mainstream thought among the folks who run the city, and that would be Democrats.

And the Democrats like things just the way they are.
Posted by Fredd at 4:23 AM

You hit the nail on the head. You'd think everyone in that town would realize what is happening, and quit voting those dunkerheads in again and again.

Linda: but they won't quite voting in Democrats. They must want to live in this murderous environment. 'Vote for Democrats; vote YES to murder.' I think that would make a great bumper sticker.

I have no idea why citizens are not surrounding city hall with staves, torches and pitchforks, demanding action.

LL: I keep trying to tell everybody that people that live in Chicago want murders. THe more murders, the better, or so it would seem.

It's much like campers like the outdoors, but don't like the mosquitoes and no-see-um's. They put up with it, as long as the kids get to make smores, and the adults get to drink beer and tell ghost stories.

I grew up about 50 miles SW of Chicago. Moved away in 1982, but the first half of my life was in "Chicagoland". My Dad worked in the city, and knew it very well. Anytime my friends and I were headed into The City, he'd ask us where we were going, and how we were getting there. He'd look at our planned route, and approve it, or alter it.

Back then, there were extremely specific NOGO areas for white folks, and a lot of shady areas that were OK in daylight hours, but you stayed out of after dark.

My sister still lives there, in the Beverly neighborhood, and she says the NOGO areas are bigger, and now more scattered (or is that "diversified"?) across the city.

I truly love Chicago, and feel for the good people that live there. And I'm clueless as to what to do turn Chicongo/Chiraq back into Chicago. Sure it was corrupt when Richard J. Daley ran things, but the city was safer.

First, I have honest sympathy for any victim and family member or friend of the victim, but is this necessarily a bad thing, this culling of the herd on Chicago S Side?

In fact I have sympathy for any child that had to grow up in one of the democrat ghettos with no family structure, no education and people simply paid to vote democrat and forced to learn the life of a gangbanger just to survive in most cases.

I can feel sorry for a wild animal too but it doesn't mean I want one in my house nor will I try to go live in theirs.

Dr. Jim: it probably FELT like the city was safer back when you were growing up there, but it WASN'T. We just have more people with video capability now that record criminal activities. It's always been about the same since the LBJ 'Great Society' give away.

You just didn't see it on NBC Evening News with Peter Jennings. THey had other stuff to cover, like Watergate such. That, and they had no film of Chicago thugs mugging people, despite people getting mugged in Richard J Daley's Chicago every night. Now it's everywhere.

Kid: I can't wish that hell on earth that is life in the south and west side of Chicago on anybody. Those poor souls are trapped there, and they don't understand that the people that promise to protect them (the Democrats) are actually the people that are killing them, in effect.

The only time my Dad showed signs of worry was the first time my best buddy and I drove up to Warshawsky's to get some car parts.

Once we got there, we saw why. Miss your turn, and you'd be in Da Hood so fast you couldn't believe it.

I have to agree with LL.

If you're going to throw Molotov cocktails you should wear your Che shirt so that they will identify you as one of the good guys on the progressive side of things, expressing yourself. If arrested by the police, explain that you can't make an omelet without breaking a few eggs. That should get you released on the spot. The new Chicago.

LL: getting arrested by Chicago police is a thing of the past: it's racist to arrest people. Especially when they are demonstrating their 1st Amendment rights by wearing Che Guevara T-shirts and serving drinks (that's what a Molotov Cocktail is, right? With a little umbrella in it to show that it was mixed by a pajama-boy type).