Are San Francisco low achievers exempt from the effect of market forces? 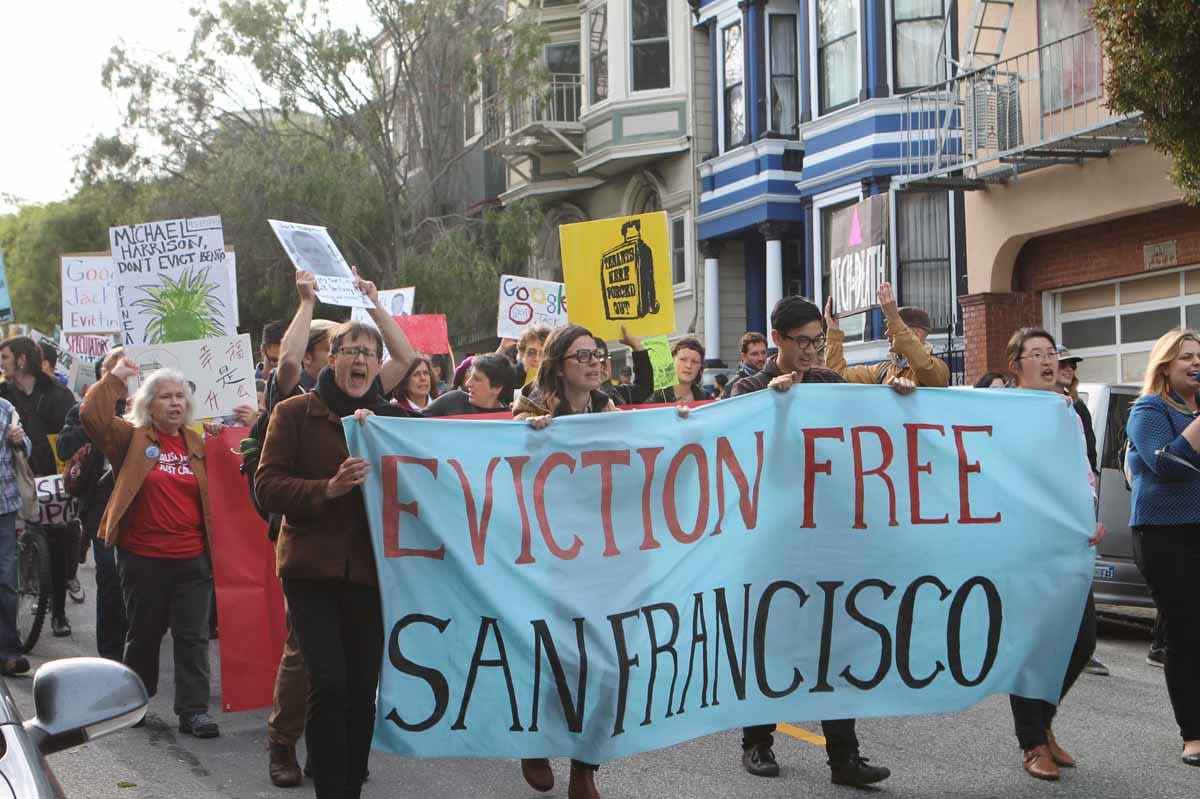 San Francisco, California and its metropolitan areas contain some of the highest property values in the world.  The price per square foot for commercial real estate rivals that of Hong Kong and New York.

Ditto for residential property, the prices are sky high and rising.  In typical liberal fashion, these market forces for this highly desirable part of the country have been thwarted several decades ago by rent control laws that prohibited landlords from obtaining fair market rates for their assets.

And the low achievers that pay way less than fair market value in the short term can enjoy screwing their landlords out of the fruits of their labor owing to liberal politicians securing votes by sticking it to 'the man' and passing laws that prevent rents from achieving equilibrium....in the short run.

But these rent control laws are running up against very powerful forces, namely the laws of supply and demand.  In the long run, the supply and demand forces will simply find a way to prevail despite the best efforts of scumbag politicians to keep them at bay and keep those whose lives are artificially improved through legislative fiat intact, in addition to their votes.

Landlords in general are not stupid.  These guys are actually pretty damn savvy, on the whole.  They have been patient, and since they are for the most part law abiding citizens, have gone along with the local governments' restrictions on their assets.  But they have not been idle: there are ways, and then there are ways to beat the system.

Additionally, these landlords have hired particularly sharp attorneys, who have been hard at work finding ways to free up the locked value of San Francisco property, and legally evict these free loaders who have been squatting on the assets of others for decades and only paying peanuts for the privilege to do so.

The squeals of outrage from these low life squatters are now evident, as the chickens come home to roost in San Francisco.  Evictions of deadbeats who either cannot afford any longer the cost to live in paradise, or choose to default and let the authorities work their charms while the TV cameras are rolling.

Welcome to the NFL, all you San Francisco hippies who now have to pay fair market value.  It's about time.
Posted by Fredd at 8:22 AM

Fredd, so in the picture, I see, as I do many other places, people(effing children) demanding to be given what they want for no effort or consequence.

Yea, this is going to end badly.

Yes, it will end badly: for the mooching pusbags of which San Francisco is infested, and not end badly for the property owners, finally.

Who will pick up the extermination fees?

Ed: no extermination fees will be invoiced, Ed. Market forces will in time make the moochers self-relocate.

Or, wind up on the streets, which in San Francisco is not a bad gig at all; I was in SF this summer, and I have never seen fatter bums in my life. SF bums haven't missed a meal in 30 years in some cases.

I may have to agree with Ron Klaim about de-population,in certain instances anyway

Seriously, I don't get the appeal of a liberal haven like San Francisco. Why would anyone want to live there? (Except, maybe, for those who want to shake their genitals in public. They can keep their city.)

I totally concur with your assessment of the City By the Bay. In Biblical times, SF would be the perfect match for Sodom and Gamorrah, just waiting for Nancy Pelosi to get turned into a pillar of salt.

No morals, no judgement of others regardless of their reprehensible behavior, if it feels good do it. Much like ancient Rome, this place is just begging for its come-uppance.

That, and the weather sucks.

San Francisco; where they treat the homeless like endangered species.

By the way, Fredd...by NO MEANS did I infer on my blog that I was down for 90 minutes BECAUSE of MUNICH...I LOVE MUNICH...absolutely LOVE everything about it. I am glad you enjoyed it there, too.
I think it was just a sadness to be leaving the States for 3 months. Which I'd give about anything for today :-)

Z: ah, danke fur die clarification. How could anyone not love Munich? Hitler was wild about the place, how bad could it be?

Sig: No Free Loaders certainly works. As does Not For Leisure, or perhaps No Frigging Lowlifes.

Ya, I guess Hitler liked Munich; he lived there from time to time...though HE WAS AUSTRIAN!
My German husband used to teasingly get angry and say "Hitler was AUSTRIAN and BEETHOVEN was GERMAN! Why do people mix that up!? :-)"
By the way, remember what a STAMMTISCH is? (a table kept for regulars in a German 'pub')...We sat at one outside Vienna, in a very old inn/restaurant, that was Beethoven's. man, that was kind of a thrill.

Z: of course I remember Stammtischs: got invited to sit at one myself, as I was summoned to represent my group of GI's to the old guys who ran the pub (the waitress told them I ordered in German, so they picked my brain about the US, etc.).