All Utopians (and Democrats): stay out of my wallet 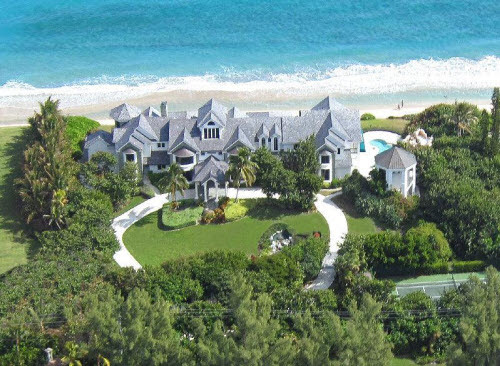 The world is not perfect, and never will be.

Everyone with any common sense whatsoever knows this to be true.  Unfortunately, there are a whole crowd of people without common sense who believe that we can indeed make heaven on earth in our lifetimes.  They are called Utopians.  In the United States, they are also commonly referred to as Democrats as well, the terms are interchangeable.

And to make things perfect here in the U.S., of course, we need every American to pitch in and do their part in eliminating every injustice, right every wrong and wipe every tear off of every face.  And again, in their efforts to achieve heaven on earth, these Utopians need resources.  And no, you foolish knaves, not THEIR OWN resources, perish the thought.  They need YOUR resources.  And the more of those resources that they can forcefully take from you through the coercive might of the government, the better, these Utopians (also called Democrats) figure.

As the old saying goes, 'the perfect is the enemy of the good.'  Utopians of course want things to be perfect. And in the U.S. of A. as founded, things are not perfect, not by any stretch of the imagination.  There are poor people who don't live on oceanfront property, and who can't afford to sip Sauvignon Blanc and munch brie.  This is just not fair (according to Utopians, also known as Democrats).  It's a 'right' that everyone should enjoy the good life, and not just these stinkin' rich SOB's.

If we just tax these rich, oceanfront living, Sauvignon Blanc sipping, brie munching elites enough, and give the money forced from the greedy clutches of those rich bastards to those not so lucky in life, then we will have heaven on earth.  Things will be fair, life will be in balance.

And how did all of these Utopians get into positions of power such that they can mandate this wealth transfer?  They promised us all heaven on earth, and we believed them.  And we voted them into office.

These Utopians have now been entrenched into various administrative parts of our government now since the Wilson administration, in addition to way too many of them holding elective office since good ol' Woodrow was calling the shots.  That's a long time, if you ask me.  And we STILL do not have heaven on earth, despite their best efforts.  Life is STILL not fair.  The world is STILL imperfect, despite the Utopians' (also known as Democrats) successful efforts of these last 90 years or so in transferring about 60 TRILLION DOLLARS from those who earned it to others who didn't.

Why do we keep voting these Utopians (also called Democrats) into office?

that's right...they promise us UTOPIA and 'we' vote for them..what a JOKE.
And some people don't even ask "who's paying for this utopia?" and "How is utopia akin to human nature?"

But how will they fund themselves if they can't attach themselves to the host and start sucking until it is a dry husk?

That's what parasites do.

We all three see the problem with paradise: it's too damn expensive for everybody to live there. That, plus it doesn't even exist anyway.

But the dim left never does ask how any of their bankdrupting social programs get paid for in the end. Or worse, they do indeed know that what they are doing is bankrupting us, but don't care.

These dolts seem to believe that the government has a never ending pot of other people's money that will never dry up, or at least until they are dead and gone, and then it won't matter (to them).

We are all watching these same dolts in Greece rioting when they are told that there's no more money. As if a few rocks and Molotov cocktails tossed at the police will suddenly make their country solvent.

This is AMERICA, coming to your streets soon, boys and girls. IF, that is, the liberals continue to spend us into oblivion...or no responsible grownups (who stopped believing in the tooth fairy when they reached 9 years old) intervene and shut off the money spigots that are currently cranked open by the Utopians to full blast.

If we went out and conquered all the other countries and demanded huge tribute payments from them, we might be able to almost afford a localized utopia here in America.

But the libs get all upset and agitated whenever we bomb people so we know it'll never happen.

Ghengis Khan did much the same as you suggested. Although bombs weren't en vogue back then, he still conquered pretty much the civilized world with swords, arrows and horses, and demanded tribute.

If they didn't pay up, he mounted up and killed everyone in the state.

Of course, he didn't have liberals to deal with back in the day, so nobody ojected to his, er, foreign policy. If one spouted off, they would play soccer with his head.

Well, they know what they're doing Fredd. It's like the people that toss an ad on TV and show a minute or two of dogs, cats, and other domesticated animals after they've been in fights or - hey even abused by their owners.

Bunch of bleeding heart morons send them money, and I'll bet ya here and now, 90% of that goes toward the lavish lifestyle of whoever is collecting that money.

Just like 99.999% of the aid money to Haiti went to the dictators, and you know clinton got his cut for 'helping collect the money'. FMe

Clean Energy YEA! No more dirty oil and coal! YEA ! And then the money is laundered out to friends with vaporware businesses like Solyndra. How do we think nana pelosi is worth 450 million??
Add in every other liberal government program, agency and department.

And it's a triple negative. Not only are they stealing the money that could otherwise be put to good use they're Fg up the country besides.

Aliens, indeed. I live in Illinois, one of the blue-est of blue states electorally, but if you look at the county by county distribution of Dems vs Republicans, Illinois is as red as a beet (midwestern values, buddy) - except for Chicago (home of Barack Hussein Obama, hmmmm hmmmm HMMMMMM!!!), and unfortunately all the takers in that pus hole of a crooked city (most crooked in the US) outvote the rest of us makers downstate by a whole lot.

Fredd, Like Detroit. democrat rule for a century, and now practically a 3rd world country.

I used to live outside Detroit. I know Detroit. Detroit is hell on earth.

Chicago is heading in that direction at 100 mph.

The great cartoonist Carl Barks had a version of the socialist paradise USSR in his Donald Duck comics. It was called Brutopia.

The main reason socialists get traction is gullibility. They are better at other breeds of fascist at convincing people that what they do is for the benefit of mankind.