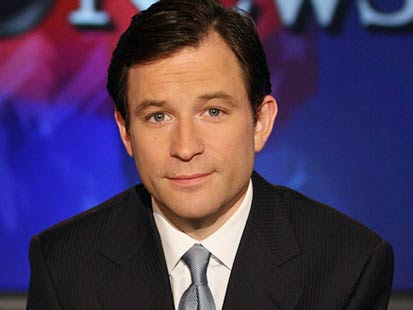 ABC World News, with Dan Harris sitting in for the lovely and gracious (but liberal) Diane Sawyer, just doesn't get it, nor does anyone at ABC. And likely they never will. There was a segment that aired on ABC yesterday with Dan Harris speaking on a segment of 'Taxing the Rich." .
Dan Harris reported on Monday's nightly news broadcast that (and I am paraphrasing here) 'the controversial Bush tax cuts are set to expire, but until they do, this gives $700 Billion dollars to mostly millionaires, and even billionaires, who don't need it.'
.
He went on to say that should the tax cuts be extended, this would 'cost the government $3.7 Trillion dollars over the next 10 years.'
.
Where do I start on this blithering idiot's broadcast? Let me just start by saying in all caps, "IT'S NOT THE GOVERNMENT'S MONEY, IT'S OURS!!' Just where does Dan Harris get off by saying that money that was not confiscated by the IRS and never gets to Washington DC in the first place will 'cost the government?' How stupid can these Marxist's be? Well, they are Marxists at their core, and probably truly believe that all money in our economy belongs to the government, because it says 'United States of America' on each and every bill, which is printed by the U.S. Treasury, so who else would it belong to?
.
'Controversial Bush tax cuts?' Yeah, controversial to liberals, who never met a tax hike they didn't like. But 'controversial?' The Bush tax cuts were only controversial to numbnut liberals like Dan Harris, and his bosses at ABC. To the rest of us, they were badly needed, and still ARE badly needed.
.
And just who in hell are these guys at ABC to determine who 'needs' tax breaks, and who doesn't? We ALL need tax breaks. Dan Harris and his cronies all believe down to the marrow that a tax cut will hurt government in its ability to help us stupid, ignorant citizens, who have no idea on how to manage our own affairs. We're stupid cretins who just fell off the onion truck, as far as they are concerned. The Great Unwashed. And we stink up the place when we visit Washington D.C. in the summer as well, just ask Sen. Harry Reid, he as much as said this very thing last year.
.
There is absolutely no use in arguing that lowering taxes increases private sector investment and activity, and has been proven time and again. You know, the Laffer Curve. But trying to explain the Laffer Curve to a liberal is like showing Dracula a crucifix: they cower and shrink away from it, and howl in pain at viewing it. What's the use?
.
I just can't wait until November, and watch the electoral bloodbath that will befall these clueless liberals. Remember Peter Jennings saying that the 1994 Republican victories were just a result of 'angry white guys.' And that America was 'throwing a temper tantrum.'
. I wonder how ABC will cover this one? It's going to be twice as bad, or worse (for them).
Posted by Fredd at 2:32 PM

Fredd, it's relentless with these morons and the worse it gets the worse they want it. They double down on stupid at every opportunity.

I could write a novel on this, but let me just blow off a little extra PSI..

When you stifle or punish innovation and enterprise, you don't get any more of it.
These morons idolize France.

Tell me when was the last time France invented something that increased people's standard of living the world over. The Cell Phone, The PC, the PC software. MSFT, APPLE, Both American Capitalist companies..

But let's not restrict it to computers, how about defensive weapons, air and space travel vehicles like Boeing.

You got several European companies involved in making the Airbus and the tails are falling off the damn things with a little rough treatment.
You got the UK Natl Health System canceling all quality of life care like new Knees with people like Cambridge Lady thinking that's a cool idea.... She must not be anywhere near needing a new knee.

In short, France doesn't invent squat. They, like any other socialist hellhole barely keep themselves alive in a disgusting soup of mediocrity at best.

Who the F does these idiot liberals think are going to continue to grind away and pump out all this cool stuff??
For no reward.

This is and has always been the main flaw in all of their thought processes. They think the Bill Gates's and Steve Job's and all the rest of the greatest innovators the world has ever seen will simply keep pumping it out after they steal all their money/reward. And who would invest in a company that can't keep a profit in lieu of oppressive government taxation????

I'll tell you what their problem is - THEY HAVEN'T THOUGHT THAT FAR - JUST LIKE EVERY OTHER BRAIN FART THEY PUMMEL SOCIETY WITH.

Yup, got double, but what you said is worth doubling down on.

You mentioned that Bill Gates and Steve Jobs would, in the liberal view, continue contributing to the GDP despite onerous taxation that confiscated most of the fruits of their efforts.

Reminds me of the former Oregon Senator Bob Packwood's question to a bunch of pointy headed OMB and CBO accountants as to how much revenue would the IRS see if they increased the marginal income tax rate from 35% to 100%: these moron OMB and CBO accountants got out their calculators, and started punching the buttons like madmen until their fingers bled, and came up with some astromical figure of increased revenues.

Bob then informed these exhausted, bleeding finger MBA's, whose estimates exceeded what would have been Obama's wildest imagination, that "nobody will work like a slave and let the government tax 100% of their earnings. THey will hide it, they will drop out, they will revolt: the result of raising taxation to 100% will be ZERO coming into the treasury. That is human nature."

Isn't it amazing that people can't see that?

Both well stated and after last nights results Kid more are seeeing it.

Fredd, You're spot on with this one. I flipped on the AM radio heading to lunch and almost the first words uttered to offend me were "If we don't raise taxes on the rich, the government will lose 700 billion in tax revenue"

Christopher - I have NO problem tossing a few babies out with the bath water if people want to just eject incumbents. Even a few of the good ones. Hopefully we'll keep some of the good ones.

In reality I'd say we'll drop some good ones, keep some bad ones, and elect some marginal ones. My knee jerk reaction is the Delaware contender is a marginal one, but maybe I'm wrong.

In any case, I'm expecting a fairly large net positive.
In Ohio, I'll vote to keep the repub that's there as she votes pretty much how I would, but outside of that, I'll vote against the Dems at all levels without even thinking about it.

What dimwits. This is why government-run public education should be outlawed.

And when taxes get cut the government actually gets more in tax revenue because innovation and spending increase. These dummies making these stupid claims are stuck on the whole kindergarten mentality of the zero sum game. SF's right, blame socialized education.

Thinking in Color: 'if you don't give me $10 bucks, that means I lost $10.' Exactly the thinking that is killing us. The regime's 'economists' are Econ 101 drop outs.

The same thing Democrats have been blasting Republicans with throughout the ages: when we want to curb the growth rate of a program, the Dems scream that this is in essence a 'cut.'

Aargghh!!! These people need to be drummed out of office ASAP.

The current administration, ne regime, truly and honestly thinks of all money as theirs.

And that is a bad way of thinking, and goes far in explaining the numbskull policies coming out of the White House now that are killing our economy.

To the Democrat, if you propose a $100 increase but only end up with a $60 increase, you have actually enjoyed a $40 cut.