After a moment, Nod indignantly blurted out 'who the hell is Barack Hussein Obama?'
Posted by Fredd at 8:58 AM 2 comments: 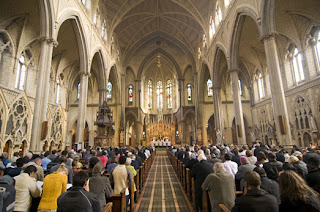 For a few decades now, attendance at public worship masses, services and assemblies has been on a steady decline.  Fewer and fewer pilgrims are planted in the Catholic Church pews, and accordingly fewer and fewer dollars are being placed in the collection plate.

The clerical community is puzzled by this phenomenon, and is at a loss as to how to get those wayward sheep back into the flock.

Of course they are puzzled and confused: the clergy and their policies are the reasons that less and less people attend public worship services.

Front and center, of course, is the issue of sexual abuses by untold multitudes of Catholic priests on young boys.  The Church has never really issued an official widespread apology, per se, to the victims of these evil priests, and no real reparations to the victims have been considered by the Church.

The Catholic church has serious issues in recruiting and training priests, and has not come up with any viable process to eliminate pedophiles from its ranks.  None whatsoever.  One of the requirements of the priesthood is that the applicant must fore go all sexual activity, and for young men that is asking the world.  Who but the most dedicated, pious and righteous among us can keep that kind of oath?  Well, not enough, as reality has proven.

For the Church to expect that the true believers should overlook this little matter, ignore the fact that there are still predatory clergy within its ranks is one of the major reasons that their Sunday masses are shrinking year by year.  In reality, the Church and its upper management has actually gone to great lengths to cover up this horrible activity, and to paper over any pain or suffering that its own policies have wrought on their flock.

Nobody trusts them anymore.  Well, almost nobody.  In days gone by, Fathers, Priests and Vicars all held considerable esteem within the worshipping community, and their integrity was beyond question.  Now, all of that trust has gone up in smoke with this pedophile scandal, and the Church has essentially done nothing about it.

Now as I write this, the Catholic College of Cardinals is convening to select the next Pope.  The last Pope, Benedict XVI, did virtually nothing to reform the Church over this scandal.  Now there are two camps within the College: those who want to continue with business as usual, much as Pope Benedict did, and those who want to reform the policies in place that allowed these priests do do their evil within their sacred domain and trust.

Obama uses tactics of past and present tyrants

Perhaps you have heard that Janet Napolitano's Department of Homeland Security released thousands of imprisoned illegal aliens into the population, reportedly as a result of lack of funds to continue their detention because of the sequestration budget cuts.

Of course Madam Secretary distances herself from this action, suggesting that a bureaucratic snafu was to blame.  Fat chance. 'Big Sis' was acting on her boss' orders.  In the not so distant past,  Josef Stalin's purges were so widespread, the average Soviet citizen watched as their friends and families were rounded up and marched off into the Siberian gulags, and these loyal Soviet citizens were heard to say 'this is not right, if only Mr. Stalin was aware of what is going on, he would put a stop to this.'  Josef Stalin ORDERED these purges, but the citizens still loved him as the big cuddly bear of a leader they all adored. 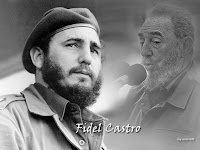 This move of releasing plagues and pestilences into a wayward population was previously done by legions of past and present tyrants, despots and potentates to cow their populations into behaving in a manner acceptable to the regime in power, or to otherwise weaken and dilute the power of perceived or real enemies of the state.  Cuba's Fidel Castro offered thousands of violent prisoners a choice: stay in prison, or accept Visas to the U.S., and you can guess which choice all of them made.  Accordingly Castro succeeded in polluting our population with violent criminals.

Lately, Obama has been quoted constantly as being against sequestration, claiming it would severely damage our economy and put thousands out of work and grind our economy into ruin.  Although none of this is true, he continues to spout these lies.  All of these 'cuts' are simply reductions in the rate of growth: the Obama regime will still spend more money this year than last year.  There are no cuts. 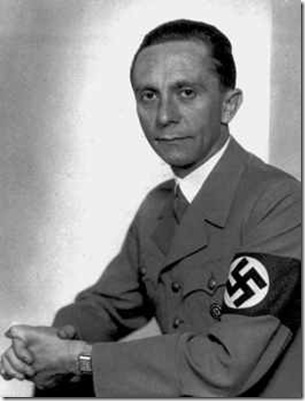 Regardless, this sequestration that Obama currently loathes was HIS idea in the first place, concocted last year to avoid sensitive discussion of cuts (that aren't even cuts, for crying out loud) that might irritate his liberal voting base right before an election, voters who live off of the government and want to hear nothing about no stinking cuts.  And this lie is so obvious, it is not even worth denying.  But Obama denies it anyway, a tactic used by virtually all past and present dictators but most famously by Adolph Hitler's Minister of Propaganda, Josef Goebbels.  This tactic is better known as 'The Big Lie.'  It basically works because the lie is repeated loudly, often and constantly, leading the population no other conclusion than the current lie must be true.  Otherwise, nobody would lie so blatantly and continue to drone on and on otherwise.

Of course, there is his statement that Obama made lately that essentially means that if Congress doesn't take action on initiatives Obama feels are important to furthering his liberal agenda, Obama will act independent of Congress and initiate programs via fiat, which would fly in the face of the Constitution, a document Obama finds as detestable.  Every dictator and tyrant known throughout history has used that one.

Obama has no need to invent a new play book to wield dictatorial power over Americans.  These tactics have been in the 'Dictator's Play Book' for thousands of years.  Obama has simply dusted off a page or two of this dastardly play book and implemented them, since they have worked every time they have been tried since the dawn of mankind.

If it ain't broke, don't fix it is Obama's way of looking at things. And we can expect many more pages of this playbook to be called by the current despotic regime of Barack Hussein Obama.  Many, many more.
Posted by Fredd at 7:41 AM 6 comments: